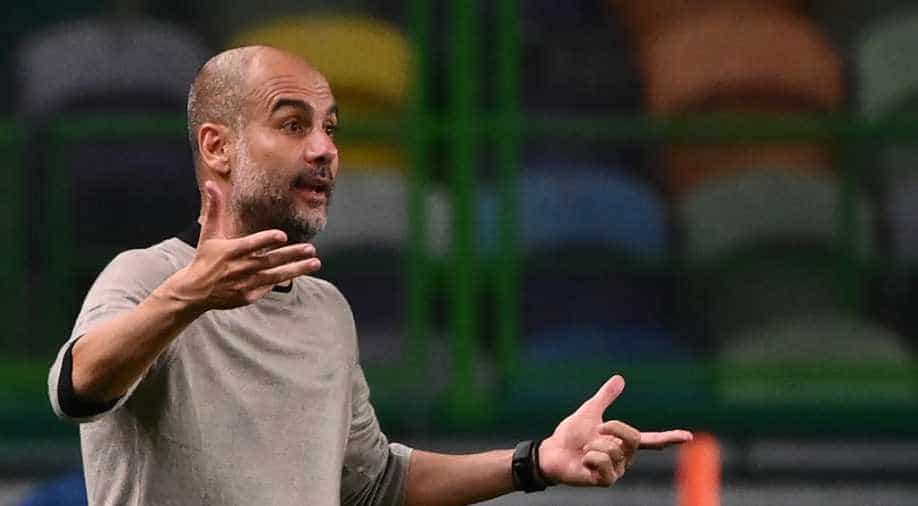 "They make a good buildup with short passes and can contact with their fast strikers with transitions," he said.

Premier League leaders City beat Arsenal 1-0 last Sunday to extend their winning streak in all competitions to 18 games and will be firm favourites against Gladbach but Guardiola said his side must show the German team the respect they deserve.

"We're going to prepare it like a normal game and we're going to tell the players what Gladbach are as a team like we have done against Arsenal, Liverpool, Tottenham Hotspur and Everton," Guardiola told a news conference.

"We're not going to change anything - just adapt for what they are. We're not used to playing against them. They must know what they are individually and play a good game to try to get a good result like we have done so far.

"We chase a lot of competitions. We played two days ago, we arrived late from London and now have a long trip... We have to be focused on what we have to do."

Gladbach finished second in Group B that included Real Madrid, Shakhtar Donetsk and Inter Milan to advance and Guardiola said he was well aware of their threats.

"They make a good buildup with short passes and can contact with their fast strikers with transitions," he said.

"All teams deserve incredible respect and hopefully they respect us as well. We'll try to get a good result for the second leg."

The match will be played in Budapest with the fixture having been moved due to Germany's COVID-19 travel restrictions.

Guardiola said that all his players barring Nathan Ake are available for selection.