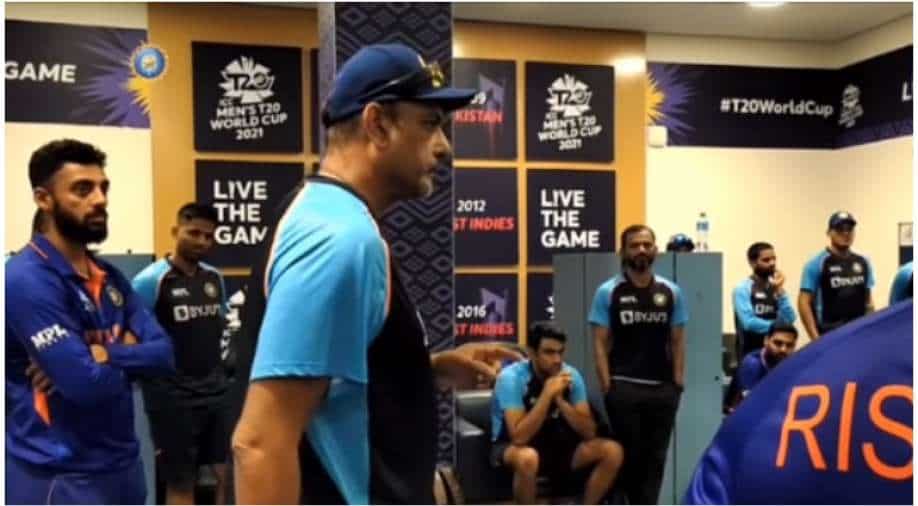 After India's win over Namibia, Ravi Shastri gave an inspiring speech to the Indian team players in the dressing room and reflected on the team's journey under his coaching. Here's the video:

Virat Kohli-led India ended their dismal T20 World Cup 2021 campaign after bowing out of the showpiece event in the Super 12 round. As soon as New Zealand beat Afghanistan and confirmed their semi-finals slot, on Sunday (November 7), India stood eliminated (with Pakistan being the first side to have already confirmed their last four slot from Pool B). Despite a nine-wicket win over Namibia in their last group stage encounter, on Monday evening (November 8) at Dubai, India ended with 6 points and bowed out of the seventh edition of the mega event.

Following India's exit, Kohli's tenure as the T20I captain also came to an end. He had already announced that the T20 WC will be his last assignment as India's skipper in the shortest format. On the other hand, Ravi Shastri's tenure as the head coach also came to an end. For the unversed, the former all-rounder didn't extend his contract post the T20 WC.

“Yes, we did not have a great tournament. We could have won one or two ICC tournaments, didn’t happen. But that’s sport. You will get another chance. You will be wiser and more experienced when the next opportunity comes. But, for me, the most important thing in life is not what you accomplish, it’s what you overcome that override everything else,” he added. Here's the video of his speech, shared on Team India's official Instagram handle:

Shastri took over as India's head coach, from Anil Kumble, post the 2017 Champions Trophy. Under Shastri, India had a great run across formats, winning 119 games and losing 53 in 184 matches overall. Shastri guided India to the 2019 ODI World Cup semi-finals and inaugural WTC final. Under him, India won two Test series in a row in Australia, whitewashed New Zealand 5-0 in T20Is in early 2020, won bilateral ODIs in South Africa and Australia, demolished West Indies and Sri Lanka (both at home and away).