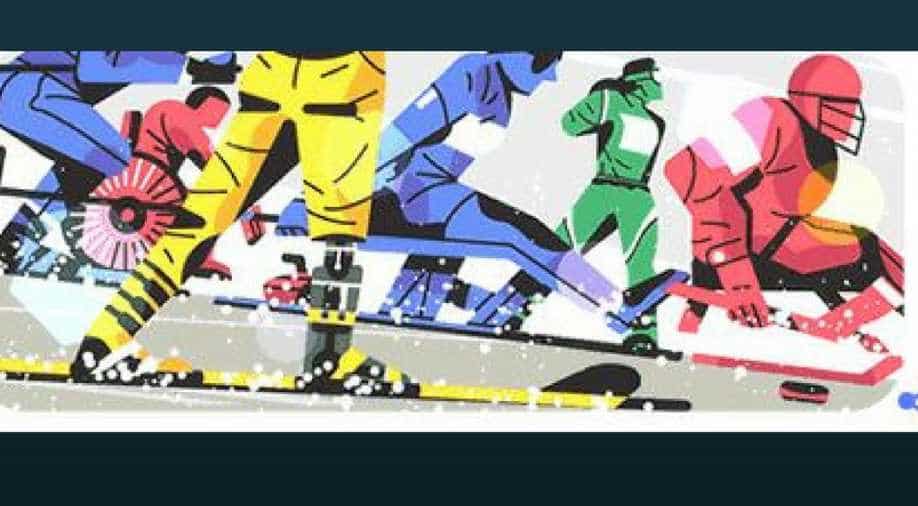 Google-doodle for Winter Paralympics 2018. Photograph:( Others )

Winter Paralympics is an international winter multi-sport event for athletes with disabilities. It is scheduled to be held in Pyeongchang County, Gangwon Province, South Korea, from 9 to 18 March 2018.

It is governed by the International Paralympic Committee (IPC).

Pyeongchang launched its third consecutive bid to win the hosting rights of Winter Olympic and Paralympic Games. It will be the first Winter Paralympics held in South Korea.

Alpine skiing, Biathlon, Cross-country skiing, Ice sledge hockey, snowboarding and wheelchair curling are the games that will be included in the 2018 Winter Paralympics.

PyeongChang will be the stage for the Opening and Closing Ceremonies and most snow sports.

Alpine skiing events will take place in Jeongseon, and all ice sports will be played in the coastal city of Gangneung.