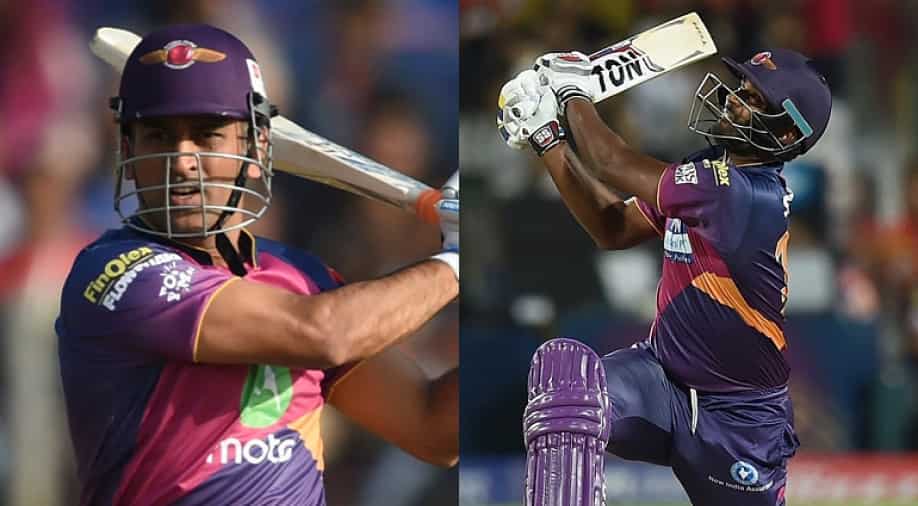 MS Dhoni is regarded as one of the greatest captains of all time in world cricket. While Dhoni led India to greater hieghts in international cricket during his stint as the captain of the team across formats, the former wicket-keeper batter has also proved the mettle of his leadership in the Indian Premier League (IPL).

Dhoni is one of the most successful captains in the history of the IPL with fur trophies under his belt with his current team Chennai Super Kings (CSK). Dhoni has been leading CSK since the inaugural edition of IPL in 2008 and played for the now-defunct Rising Pune Supergiant in the 2016 and 2017 seasons when CSK were banned from the league.

Dhoni had led the Pune outfit in the 2016 edition of the tournament when Thisara Perera was also part of the franchise. The former Sri Lanka all-rounder recently recalled an incident that made him feel Dhoni was like a brother to him. Perera revealed advice from Dhoni during a game where Pune were struggling after having lost five wickets cheaply.

When Perera walked in to bat, he wanted to play cautiously but Dhoni gave him the license to 'explode' and asked him to take the bowlers to the cleaners despite his team not being in a great situation at the time. Dhoni's trust in Perera's abilities gave him the confidence to go after the bowlers.

“I remember a special incident with MS Dhoni for Rising Pune Supergiants, in 2016, and that is where I felt that Dhoni is like my brother. In one of the matches, we were 35-5, and I came down to bat. MS was the non-striker," Perera recalled in an interview with News9.

"He walked up to me and said, ‘Hi, TP. Let’s just bat’. I defended my first ball and he comes to me knocking the pitch – ‘Hey, TP. What are you doing?’ I said, ‘I am just watching the ball.’ The reply from him was very special, something which I didn’t expect with the sort of scorecard we were having at that time. ‘No, no. I picked you because you can hit the ball miles away. Go explode,” the former Sri Lanka all-rounder went on to reveal.

Dhoni, who retired from international cricket in 2020, continues to lead CSK in the IPL and led them to a memorable title triumph last year. Dhoni has led CSK to a stunning nine finals in just twelve seasons, a testament to his remarkable leadership qualities.

Perera said Dhoni is one of the best captains he has played under and it was special to play under his captaincy for the Pune franchise in IPL.

“And from there on, I was just hitting every ball. I got around 18-ball 40 or something, which took the momentum away from the opposition. MS played until the 20th over and we scored around 170 or 180 from 35-5. And that is why it is always special to play under MS. He is one of the best captains, I have played under in my career,” said the former Sri Lanka all-rounder.

Dhoni has been retained by CSK ahead of the IPL mega auction this year and will be back leading the franchise in the new season.