From MSD to Hitman: How Virat Kohli left fans in splits with his flawless imitation of Team India players 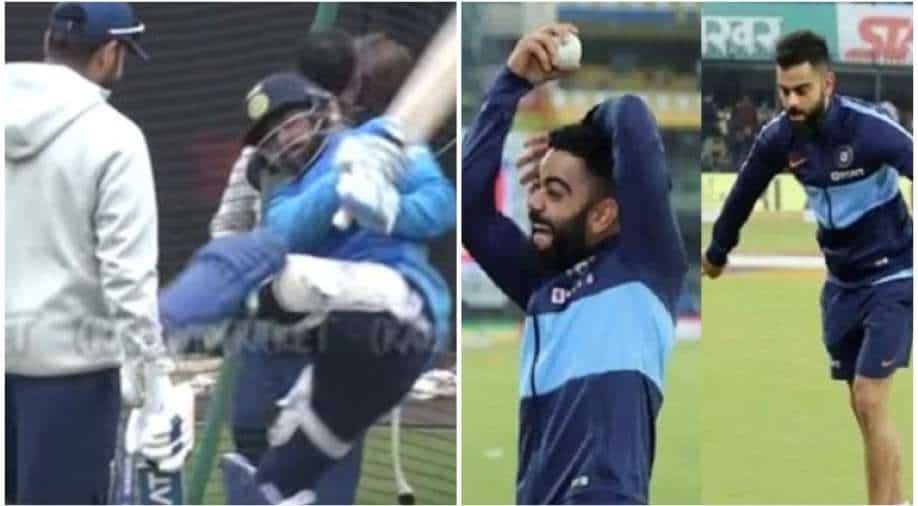 Over the years, Virat Kohli has left fans in splits with his perfect imitation skills. He has copied the likes of MS Dhoni, Rohit Sharma, Jasprit Bumrah, Harbhajan Singh, etc.

Virat Kohli is the biggest name in world cricket in the modern-era. The 32-year-old broke into the scene at the highest level in 2008 and was a part of the MS Dhoni-led Indian team which won the 2011 ODI World Cup at home. After the mega event, Team India went through a revamp which saw the rise of King Kohli.

Since then, Kohli continues to be the poster boy of Indian cricket and one of the best batsmen across formats. While many will point out that the right-hander isn't at his fluent best in all forms of the game, having not scored a single century since late 2019, but his records still speak volumes of his abilities. To date, Kohli has 70 international tons and over 22,000 runs.

While the Indian captain plays the game in an aggressive manner, he is totally opposite off the 22-yard cricket strip; fooling around with his teammates and having a blast from time to time even during training sessions. In the past, his ardent fans have often been treated with Kohli's funny side; imitating his Team India players with perfection. So far, Kohli has imitated the body language and playing style of many superstar cricketers, such as MS Dhoni, Rohit Sharma, Jasprit Bumrah, Harbhajan Singh, Shikhar Dhawan, Ishant Sharma, Bollywood actor Anil Kapoor, etc.

The above video illustrates that while Kohli might be a passionate and aggressive cricketer on the field, he likes to have fun with his teammates off the 22-yard cricket strip and leaves the worries of the game behind him once stepping out of the field.

After Kohli-led Royal Challengers Bangalore (RCB) bowed out of the IPL 2021 edition, on Monday (October 11), the Indian captain will now gear up for leading the Men in Blue -- for the last time in the shortest format -- in the upcoming T20 World Cup in the UAE, from October 17.