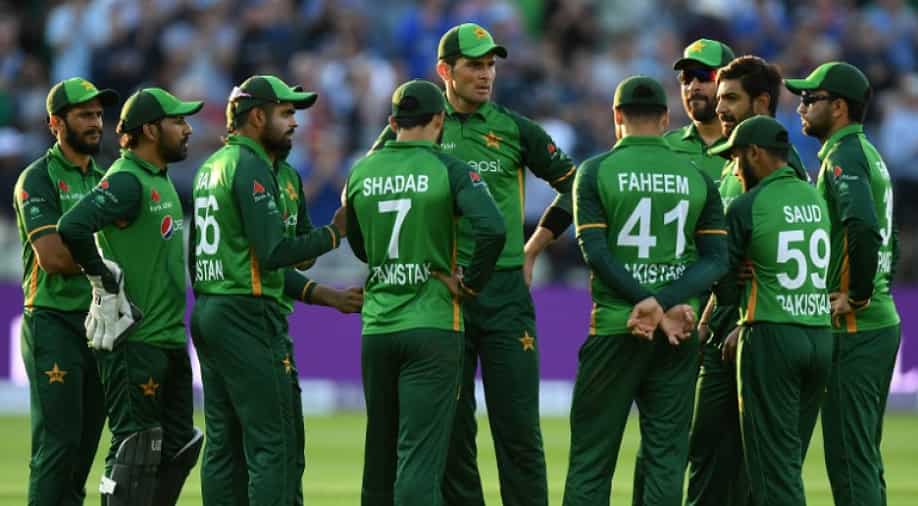 Pakistan have annonced 3 changes in their squad for T20 World Cup 2021. Photograph:( AFP )

Pakistan have confirmed three changes in their squad for the upcoming T20 World Cup 2021.

The Pakistan Cricket Board (PCB) on Friday (October 08) announced three changes in Pakistan's squad for the upcoming T20 World Cup 2021. Former captain Sarfaraz Ahmed has made his comeback in the main squad while Fakhar Zaman has been promoted from the reserves to the main team. Middle-order batsman Haider Ali has also been roped into the squad for the showpiece event which gets underway in UAE and Oman later this month.

PCB also informed in a press release that the final decision on the inclusion of aggressive batsman Shoaib Maqsood will be made after medical advice. Maqsood is dealing with a back issue and had recently undergone MRI scans for the same during the National T20 Cup tournament in Pakistan.

Captain Babar Azam will be leading the Men in Green at the T20 World Cup in their second home UAE this year. Babar will also be shouldering the majority of the run-scoring responsibilities for the side along with the likes of Mohammad Rizwan, Mohammad Hafeez, Maqsood and Sarfaraz.

Shaheen Shah Afridi will be spearheading Pakistan's pace attack and will have the likes of Hasan Ali and Haris Rauf to support him. Imad Wasim and Shadab Khan will be the spin all-rounders in the line-up and are likely to walk into the playing XI.

Pakistan will open their T20 World Cup 2021 campaign against arch-rivals India at the Dubai International Stadium in Dubai on October 24.