'For one game, it's fine': Virat Kohli reacts on India's away jersey 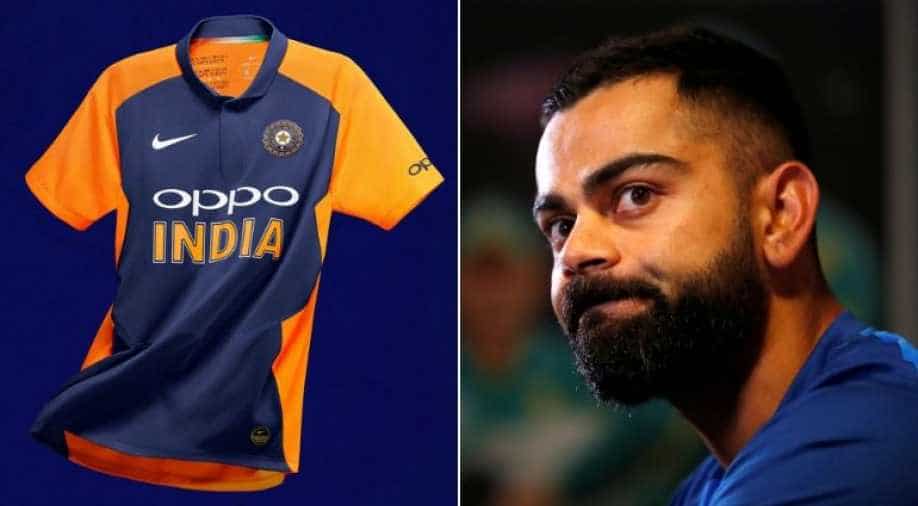 The image of the jersey, which is navy-blue-orange coloured, was shared on the official Twitter handle of BCCI

Indian skipper Virat Kohli has reacted to team's away jersey during a press conference ahead of the World Cup match against England, which is scheduled to take place in Birmingham on Sunday.

Virat Kohli-led Team India will sport orange jerseys instead of the usual blue against the hosts of Cricket World Cup 2019.

The image of the jersey, which is navy-blue-orange coloured, was shared on the official Twitter handle of The Board Of Control For Cricket In India (BCCI) on Friday.

Ahead of the World Cup, International Cricket Council (ICC) had issued a guideline, requiring teams to have two different uniforms for all its televised tournaments except hosts England.

During the pre-match press conference, Virat said, "For one game, it's fine. I don't think permanently we'd be heading in that direction because blue has always been our colour, very proud to wear that. For a change and looking at the occasion, it's a very smart kit."

Kohli, however, loved the designed and gave it an eight out of 10. "The fit is great, it's a nice change," he said.

Captain @imVkohli gives the new jersey an 8/10 - What about you #TeamIndia #ENGvIND #CWC19 pic.twitter.com/lYdqqS7TuZ

"I quite like it, I think it's right up there. For me it would be eight. Honestly, I'm not saying it for the sake of it. I really like it. The contrast is very nice," Kohli said after being asked to rate the jersey.