Indian skipper Virat Kohli explains how he fakes being calm 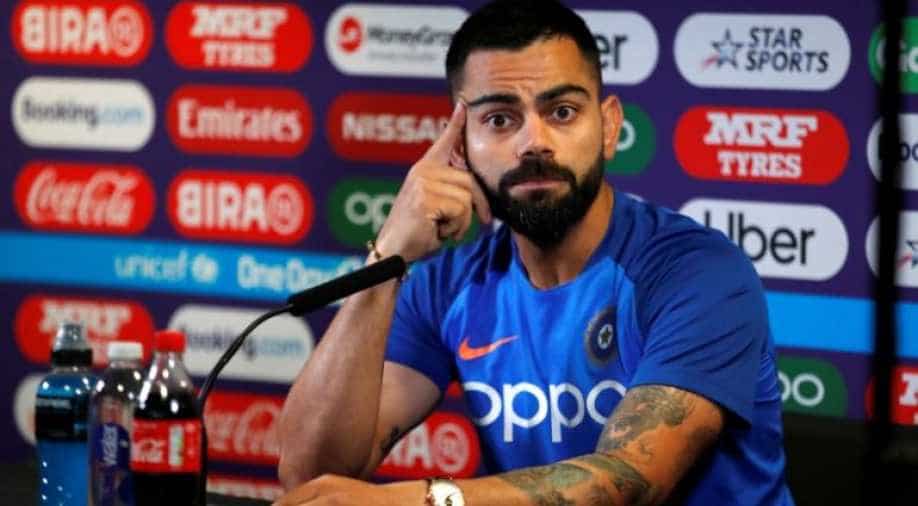 'Everyone feels butterflies in their stomach,' said Kohli

Virat Kohli shows no signs of pressure when he bats but the India captain says it's because he knows how to fake it.

Arguably the greatest batsman of his generation, Kohli also has possibly the toughest job in international cricket - of captaining the national team of a cricket-crazy nation of 1.4 billion.

The 30-year-old, however, seems immune to pressure that comes with his twin roles as could be gauged from his nerveless half-centuries in each of India's last four matches which includes a narrow escape against Afghanistan.

"That would be a lie if I say I'm not under pressure. I'm probably good at hiding it," Kohli told reporters ahead of Sunday's group match against England.

"Everyone feels butterflies in their stomach. I'm glad that I feel like that. If I don't, then probably I don't have enough motivation to play anymore.

"I look forward to that, and maybe that's why my body language is the way it is. But in all honesty, everyone feels pressure. It's just the way you portray it to the opposition is what makes all the difference."

In January, Kohli became the first player to win all three major ICC awards and completed 20,000 international runs in their win against West Indies, quickest to the mark.

India, the tournament's only unbeaten team, take on an English side who are under pressure after back-to-back defeats jeopardised their semi-final prospects.

Eoin Morgan's men need to beat India and New Zealand -- two teams they have not defeated in World Cup since 1992 -- to make the semi-finals without bothering about other results.

Kohli admitted being surprised by the struggle of the hosts who entered the tournament as the top-ranked ODI team.

"Everyone is a bit surprised because we thought England is probably going to dominate in their own conditions," he said.

"But as I said at the beginning of the tournament, pressure is going to be a massive factor and low scores are going to be defended.

"We got a scare from Afghanistan... So you can't take anything for granted."

Kohli suggested India would field an unchanged squad with quick Bhuvneshwar Kumar continuing his recovery from a tight hamstring and Vijay Shankar retaining his place at number four.

"Shami, in the last year and a half, has come around amazingly well. I've never seen him fitter... he has that hunger within him, and he's bowling really, really well at the moment.

"Bhuvi is recovering very fast. When he gets fit, it's going to be a bit of a headache for us to see what we're going to do."