'For me, you are the greatest tennis player in history': Daniil Medvedev to Novak Djokovic 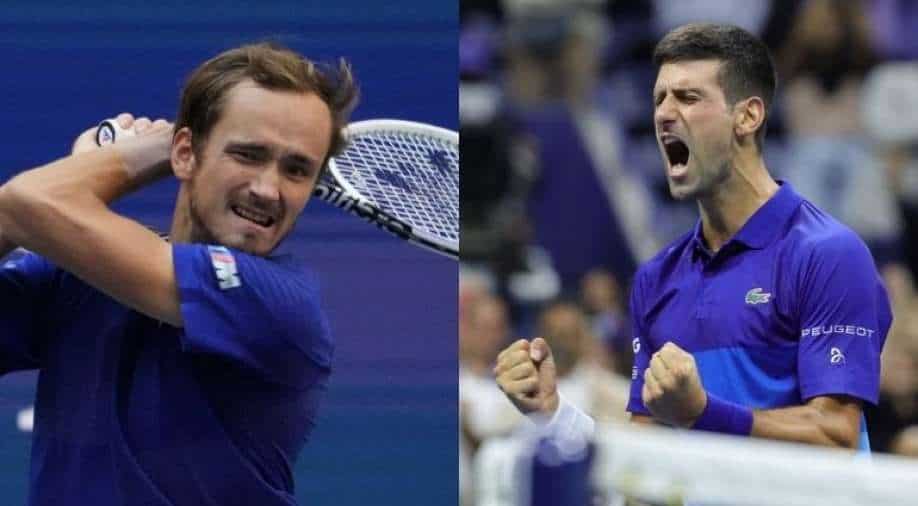 US Open 2021, men's singles final, Live Streaming: When and where to watch Novak Djokovic vs Daniil Medvedev? Photograph:( AFP )

He started his presentation by apologising to everyone in the audience who were cheering for Djokovic to win a calendar Grand Slam.

Serbian ace Novak Djokovic missed a couple of major milestones as he was defeated in the finals of the American Grand Slam, however, he earned the respect of his opponent and US Open 2021 winner Daniil Medvedev.

Medvedev beat the Serbian star 6-4, 6-4, 6-4 to win his maiden Grand Slam title. During the post-match presentation, Medvedev paid tribute to World no. 1 by calling him the greatest ever.

He started his presentation by apologising to everyone in the audience who were cheering for Djokovic to win a calendar Grand Slam.

"First of all, I want to say sorry for the fans and Novak because we all know what he was going for today. I just want to say that you have been brilliant this year and throughout your career," Medvedev said.

"I have never said this to anybody. But I will say it, right now. For me, you are the greatest tennis player in history," he added.

"I was glad it was over because the build-up for this tournament and everything that mentally, emotionally I had to deal with throughout the tournament in the last couple of weeks was just a lot.