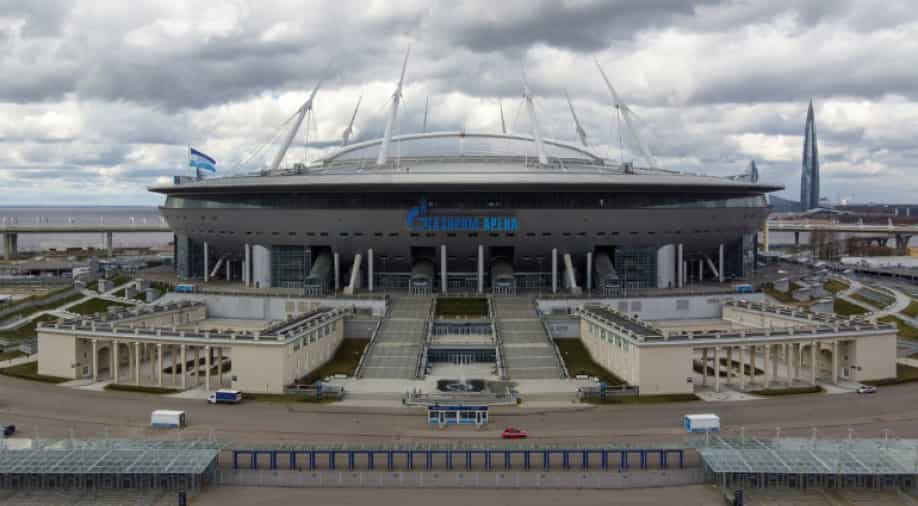 Russia will allow foreign ticket holders for Euro 2020 matches in St. Petersburg to enter the country without a visa to attend the tournament, the local organizing committee said on Thursday.

Russia will allow foreign ticket holders for Euro 2020 matches in St. Petersburg to enter the country without a visa to attend the tournament, the local organizing committee said on Thursday (May 20).

Russia has limited foreigners' entry into the country because of the COVID-19 pandemic, only allowing citizens of countries with which it has resumed international flights to cross its borders.

"In the current difficult conditions, the movement of people has been severely reduced, and we were met with understanding by the federal authorities and were able to open the border to those who are coming to St. Petersburg for a soccer holiday this summer," local organizing committee CEO Alexei Sorokin said in a statement.

Sorokin added that tournament officials and participants would still need to comply with safety regulations and test negative for COVID-19.

St Petersburg residents interviewed by Reuters on Thursday were divided on the decision. One of them said that it could be good as long as fans are following the coronavirus safety rules, and the other said that during the global pandemic it could be better for supporters to watch games online.

The organizing committee also said that visa procedures for foreign officials from European soccer body UEFA, volunteers, media representatives and other tournament participants would be simplified.

St. Petersburg, which has confirmed it will fill its stadium to 50% of capacity for the European championship, is set to host seven matches, including a quarter-final. The 24-nation tournament kicks off next month after it was postponed by a year because of the pandemic.