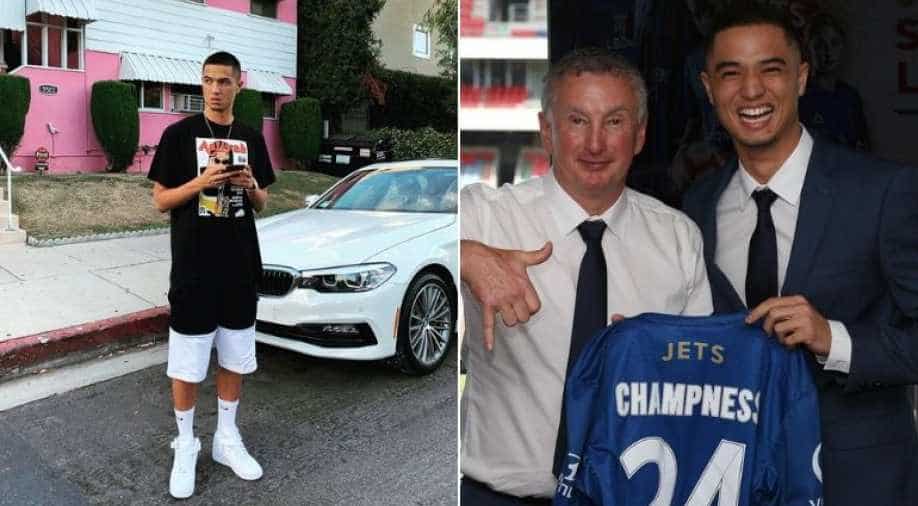 The club has agreed that should be return to football in the next three years, he will do so with the Jets

A promising Australian footballer has put his career on hold, abandoning a chance to play at the Tokyo Olympics in favour of pursuing his dream to make it as a rapper.

Winger Joe Champness is on a three-year deal with the Newcastle Jets in Australia's A-League and has made several appearances for the national under-23 team, putting him in prime position to become an Olympian.

But the 22-year-old missed early pre-season preparations and the club has now given him permission to remain in Los Angeles, essentially on unpaid leave, to try and make it in the music business.

"We allowed Joey to head to the United States to pursue a dream in music at the start of last month," Jets chief executive Lawrie McKinna said in a statement this week.

"He's made inroads in the business and the opportunity to remain in LA to chase those dreams is one that's too big for him to pass up."

The Club can confirm that Joey Champness is set to remain in the United States to pursue opportunities in music indefinitely, but an agreement is in place which could see him return to the Jets #MadeOfNewcastle

The club has agreed that should be return to football in the next three years, he will do so with the Jets.

"I wouldn't be doing this if I wasn't convinced that there's something out there," he told the Sydney Morning Herald. "It's not a normal situation, that's for sure.

"I've got a lot of love for the Newcastle Jets and a lot of respect for everyone on that team -– I'm contracted there for the next three years, so it's an honour to be given that sort of opportunity and trust from the club in that sense as well."

Regarded as one of Australia's most promising young players, Champness was part of the Olyroos under-23 team who are due to play a qualifying tournament for the 2020 Tokyo Olympics early next year.