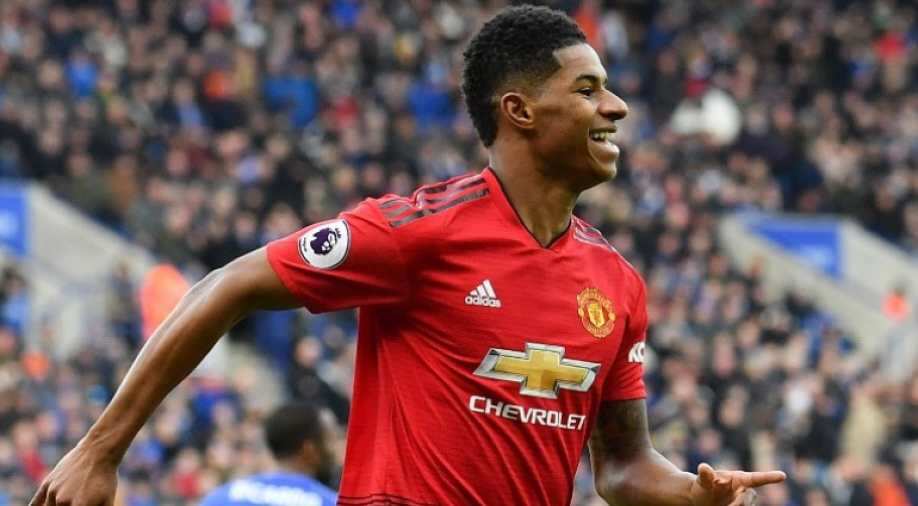 Marcus Rashford has revealed that Real Madrid and Barcelona are the two clubs he could leave Manchester United one day.

Marcus Rashford has revealed that Real Madrid and Barcelona are the two clubs that could lure him away from Manchester United in the future.

The Englishman is one of the admirable players in the Premier League right now and is one of the stars of Ole Gunnar Solskjaer's squad. Marcus Rashford has been with Manchester United since the age of seven and moved on from the club's legendary academy to break into the team in the 2015/16 season.

From that point forward, he has improved by a wide margin and has scored 20 or more goals in two back-to-back seasons for Manchester United. The 23-year-old has a long profession in front of him, however, while Rashford has no aims of leaving Manchester United right now, he concedes he could play in another club one day.

Addressing the Guardian, he didn't preclude a move out of England one day. On asking to name the ideal club for him, Marcus Rashford uncovered that apart from Manchester United, he is a fan of Real Madrid and Barcelona.

"Football has given me the opportunity to travel to different countries, and you have certain countries you like and want to learn more about, and learning a language is definitely a part of that," he added.

His present contract ends in the late spring of 2023, yet Manchester United has the choice of an extra year. Rashford has scored 21 goals in all rivalries this season, assisting him with clubbing finish second in the alliance, and arrive at the Europa League finale.

Marcus Rashford is an overwhelming part of the Manchester United attack this season, however, they could be relentless on the off chance that they secure the entirety of their top position. He frames an imposing frontline along with Edinson Cavani and Mason Greenwood at Old Trafford, with Bruno Fernandes working behind.

Manchester United could additionally fortify them with the hotly anticipated appearance of Jadon Sancho, while any semblance of Anthony Martial, Amad Diallo, Daniel James, and Anthony Elanga will be heavenly alternatives from the bench.

ALSO READ: Football: Andrea Pirlo says his Juventus future does not depend on top-four finish

Manchester United has additionally been connected with a move for Harry Kane, despite the fact that they could confront solid rivalry from Manchester City and Chelsea for his mark. Be that as it may, if a move for the Tottenham Hotspur man emerges, the bleeding edge of Marcus Rashford, Kane, and Jadon Sancho may very well be adequate to get Ole Gunnar Solskjaer the association just as the Champions League next season.