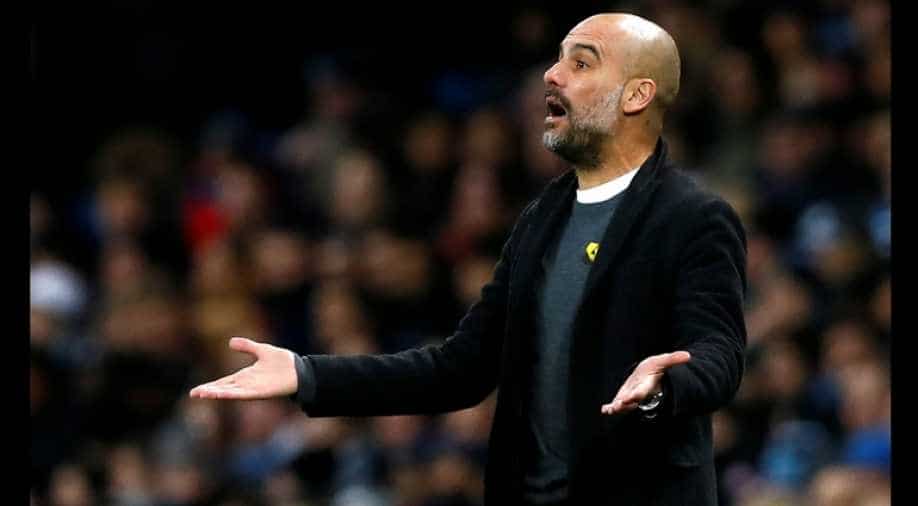 Manchester City manager Pep Guardiola labelled his team's second-half performance against Basel as "really, really poor" and said their possession play had been largely pointless in their 2-1 Champions League defeat on Wednesday.

City advanced to the quarter-finals 5-2 on aggregate thanks to their 4-0 first-leg win in Switzerland, but while Guardiola fielded a weakened side at the Etihad Stadium he was still unhappy with his team's first home loss in over a year.

City completed 978 passes, the most recorded by a side in a Champions League match since such statistics began being recorded in 2003, but Guardiola was not impressed.

"It is not easy to play with a 4-0 lead. We tried, we spoke about that and I think what we showed in the first half we showed we wanted to win the game. We created a lot of chances and we were good.

"But after 1-1 in the second half, it didn’t happen. We just passed for itself and when that happens, that is not football," he added.

The result ended a 36-game unbeaten run for City at the Etihad Stadium in all competitions and the Spaniard acknowledged that his team selection had impacted Wednesday's outcome.

"You will find all the clubs in the world when you make six or seven changes, always the team is not the same," he said.

"That's why I insisted to start well and we did well in the first half. In the second half we just passed the ball to pass the ball. It was everything slowly, without rhythm."

Guardiola did have some positive words for 17-year-old English midfielder Phil Foden, who delivered a confident display in a rare start.

"He was good. In the second half, with Leroy (Sane), he was the only one who tried to be aggressive."