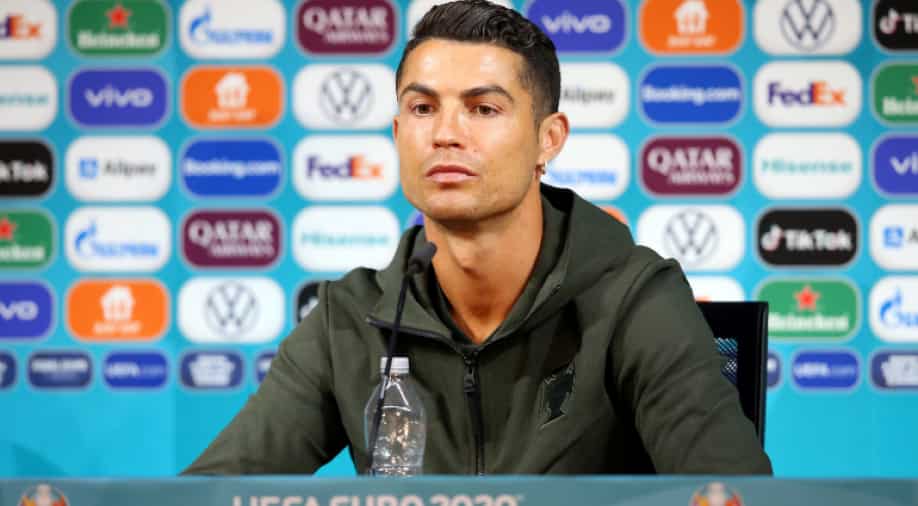 In any case, after seeing the Coca-Cola bottles before him in the press conference room, Cristiano Ronaldo immediately removed the bottles from the camera and lifted a bottle of water, and said "agua" (water), asking individuals to drink water over such sweet beverages.

Do NOT put Coca Cola in front of Cristiano Ronaldo 😠

This is absolutely brilliant 🤣 pic.twitter.com/bw9FYlTOI4

Ronaldo has consistently been a tremendous supporter of fitness and wellness all through his profession. It was nothing unexpected to see his discontent with Coca-Cola bottles before him as opposed to something sound.

This would come as a gigantic negative PR to Euro 2020 just as Coca-Cola. The refreshment goliaths are the authority supporters of the competition yet with Ronaldo contradicting the beverage in broad daylight, Euro 2020 coordinators may need to reevaluate their situating of the containers.

With Ronaldo presently contradicting Coca-Cola before a world crowd at Euro 2020, the organization should view things all the more appropriately in advertising its image in football competitions.

Ronaldo is because of lead his Portugal side against Hungary in their initial game at Euro 2020. Portugal have been brought into the "Group of death" close by ruling World Cup champs France and Germany. Ronaldo realizes that success against Hungary will be significant if Portugal needs to fit the bill for the knockout rounds of Euro 2020.