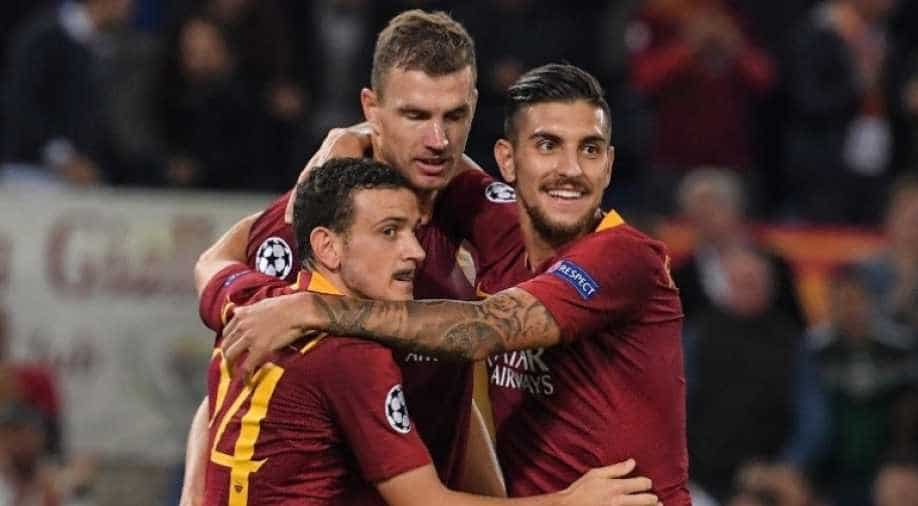 AS Roma grabbed a late draw at Fiorentina in Serie A on Saturday when Alessandro Florenzi`s equaliser cancelled out a contentious first-half penalty converted by Jordan Veretout.

Veretout scored from the spot for the third time in the last five Serie A games after Cengiz Under`s backpass was intercepted by Giovanni Simeone and the Argentine went down under a challenge from goalkeeper Robin Olsen.

It was the third penalty against Roma this season and it was questionable if there was any contact although the referee decided against using a VAR review.

Fiorentina kept the lead until the 85th minute when goalkeeper Alban-Marc Lafont attempted to punch away Aleksandar Kolarov`s cross and Florenzi tucked away the rebound.

Lafont made amends five minutes later with a good save to deny Edin Dzeko and preserve Fiorentina`s unbeaten home record.

The draw left the teams level on 16 points from 11 games with Fiorentina ahead in sixth place on goal difference.