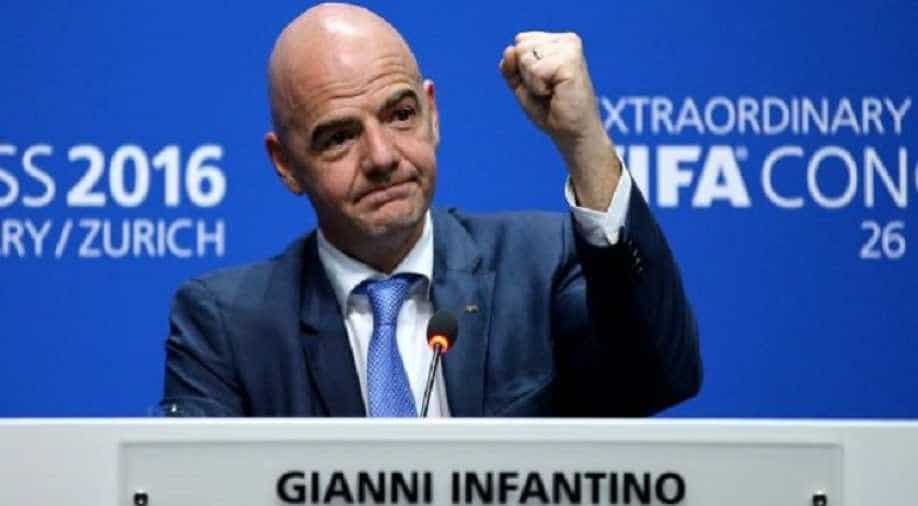 FIFA president Gianni Infantino on Thursday said that he strongly backs an expanded Club World Cup in a bid to boost international competitions between clubs.

FIFA president Gianni Infantino on Thursday said that he strongly backs an expanded Club World Cup in a bid to boost international competitions between clubs.

"We are focusing on world competition in the Club World Cup, for example, to have not only one club present from each confederation, but more participation because we need to boost club football all over the world," Infaninto told AFP.

In the year 2021, there are two Club World Cups being held with Qatar currently hosting the ongoing edition that was delayed from COVID-19 hit 2020. The second Club World Cup tournament for the year 2021 is scheduled to be held in Japan in December.

A revamped 24-team Club World Cup, including eight clubs from Europe, was due to be held in China this year. However, the deferment of Euro 2020 and Copa America tournaments, the expanded edition of the Club World Cup will not commence until a later date.

An enlarged tournament could help address growing calls for "super leagues" of top regional and global clubs -- leading European clubs are believed to be keen to create a European Super League.

Infantino did not say on Thursday when the new Club World Cup format might begin.

"(But) we have already decided that the new Club World Cup will be featuring 24 teams from all different continents," he told AFP.

"We will still have to find the right slot for the new Club World Cup with 24 teams. It's obviously not an easy challenge in this period where everything is congested anyway.

"If we need to wait one year longer then we'll do that."