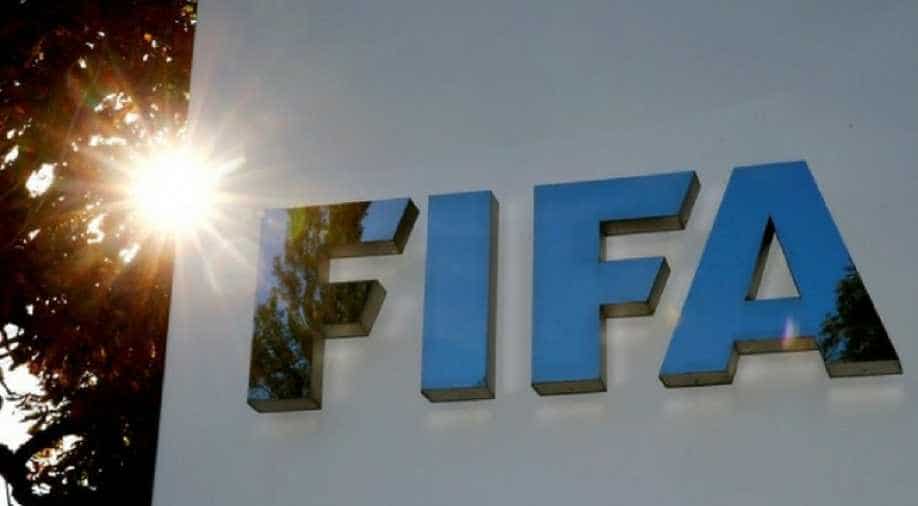 The logo of FIFA is seen in front of its headquarters in Zurich, Switzerland Photograph:( Reuters )

FIFA began talks on Monday over two new proposed competitions which could reshape international soccer and be worth billions of dollars to the global soccer body.

The plans were discussed by representatives of the six continental confederations at a meeting at FIFA headquarters on Monday.

Officials did not comment on a timeline but Philippe Moggio, general secretary of the CONCACAF which organises football in North and Central America and the Caribbean, said that "there was a sense of urgency to move forward."

The plans were initially presented at the last FIFA Council meeting in Bogota in March.

Earlier this month, Infantino confirmed that investors had shown interest in backing an expanded Club World Cup but did not comment on the amount involved which has been reported as being up to $25 billion over a 12-year period.

FIFA said in a subsequent statement that the meeting took place in a "friendly and positive environment" and that a working group had been created to "analyse further the relevance and feasibility of staging both competitions."

FIFA's plans for the Club World Cup would involve expanding it to 24 teams -- including 12 from Europe -- and staging it every four years instead of annually as happens at present.

The Nations League would be a global version of the new competitions which are being introduced by UEFA in Europe and CONCACAF in North and Central American and the Caribbean.

In both cases, the competitions involve all the national teams in the respective continents who are divided into divisions based on their rankings.

There are promotion and relegation between the divisions, as in conventional domestic leagues.

Each division is sub-divided into groups with the winners qualifying for a knockout contest.