EXCLUSIVE | We fight hard on field but have relaxing conversations off it, says Santner on India-NZ rivalry 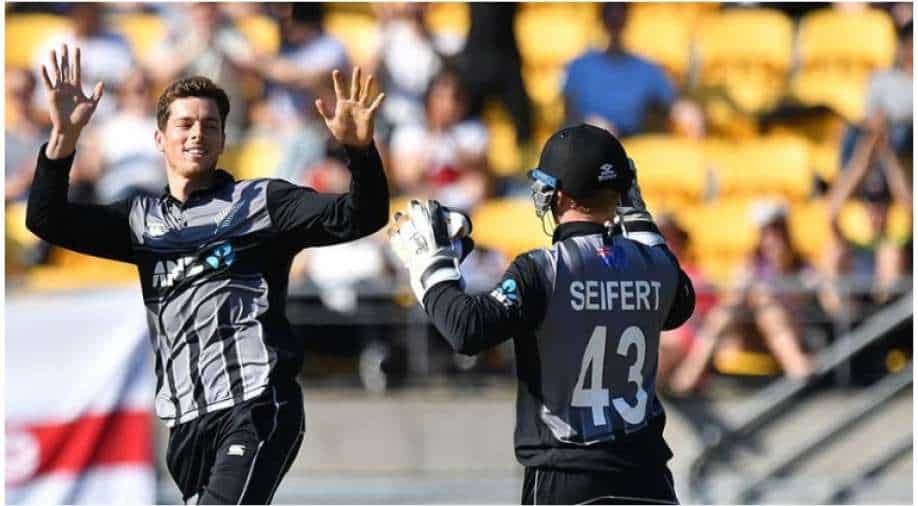 On December 20, the Amazon Prime Video made another giant leap as it announced that it will start exclusively streaming cricket matches. The popular OTT platform have forged a partnership with the New Zealand Cricket and will live stream matches of the Black Caps starting January 2022.

In an exclusive interaction with www.wionnews.com's Sports Editor Digvijay Singh Deo, spin-bowling all-rounder Mitchell Santner was thrilled to bits seeing the new alliance and said, "That's awesome. To see NZ cricket in another platform is outstanding. We have some diehard Indian fans who are keen to watch the Kiwis play Bangladesh at home, they can tune in early hours."

Further, Santner also opened up on India-NZ cricketing rivalry, which has been a talking point in the 22-yard cricket strip in recent times. With the NZC's matches now set to be live streamed on the OTT platform, the popularity of the Kiwis' line-up will be bolstered further. Hence, Santner spilled the beans on the Ind-NZ cricketing relations and said, "Yeah, it will only get better. We both fight pretty hard on the field but outside, everyone is pretty keen to sit down and have relaxing conversations (off the field). We are very lucky to play in the IPL and to share a change room with guys you have grown up watching is pretty cool. To play under MS Dhoni is been a massive one for me. To also bowl alongside Ravindra Jadeja is not a bad thing as well, being a left-arm spinner myself. "

Santner also recalled New Zealand's 2019 ODI World Cup final loss at the hands of England. While the contest was tied even in the Super Over, the Black Caps lost in terms of boundary count. Recalling how the Kiwis learned from their experience and used it to good effect to clinch the inaugural WTC finale, Santner said, "I think being there personally was very tough to swallow. you come so close....you can obviously look back at few different moments and can say 'this could have happened or that', but we channalised that (in the right way) and served as a motivation to be there and go one step further to beat India (in the WTC final). We were lucky enough to play two Tests against England (before the WTC finale) and was a big help as well."

NZ's dream run continued in the 2021 T20 World Cup. The Black Caps lost their tournament-opener to Pakistan but defeated India, Afghanistan, Scotland, Namibia and England (in the semi-finals) to book a place in the summit clash, where they lost to Australia by 8 wickets.

Santner opened up on how NZ have become a dominant team across formats and have done exceedingly well in recent ICC tournaments. "I think the depth we have got at the moment is definitely better than what it has been in two years. We are quite confident of the players we have got. We had two big games in Pakistan and India (talking about the T20 WC journey), we knew if we could win one of the two, we could have got some momentum throughout the tournament as T20s is such a massive momentum game. The results have shown that it is going right for us," the 29-year-old concluded.