Exclusive! Never doubted myself, always knew I can come back: Kidambi Srikanth on historic silver 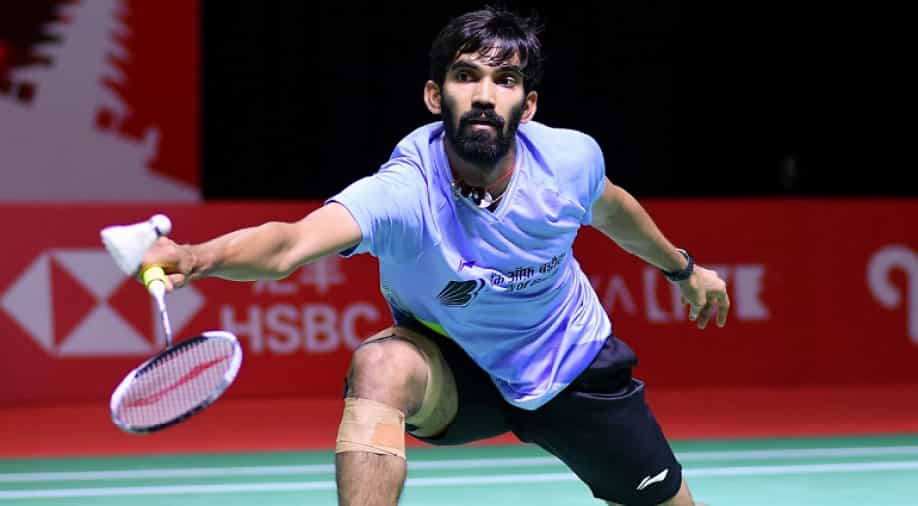 Kidambi Srikanth created history last week as he became the first Indian male shuttler to win a silver medal at the BWF World Championships. In an exclusive conversation with WION, he opened up on his historic win and the journey to the final.

Kidambi Srikanth produced the best performance by an Indian in the men's singles event in the history of the BWF World Championships as he became the first male shuttler from the country to bag a silver medal at the showpiece event. Srikanth went down fighting against Singapore's Loh Kean Yew in a hard-fought final but did enough to etch his name in history.

Srikanth dropped just one game in the run-up to the semi-final where he met his Indian compatriot Lakshya Sen, who gave the seasoned campaigner a run for his money. Lakshya got off to a brilliant start against Srikanth, clinching the first game before the 28-year-old staged an amazing comeback to win the next two games and secure his spot in the final.

Srikanth lost against Loh Kean in the final but bettered the feats of the legendary Prakash Padukone and B Sai Praneeth, who won a bronze medal each at the 1983 and the 2019 World Championships respectively. Srikanth joined PV Sindhu and Saina Nehwal in an elite list of Indian shuttlers to have won a silver medal at the World Championships.

In an exclusive interaction with WION after his historic triumph, Srikanth revealed he had no idea about being the first man from India to reach the final of the BWF World Championships and was more contented with his consistency throughout the tournament.

"Frankly, I didn't know about me being the first Indian player to make it to World Championships final in men's singles. One of the reporters told me about it after I won the semi-final. But I was happier about being consistent throughout the tournament," Srikanth told WION's Sports Editor Digvijay Singh Deo in an exclusive interaction.

Srikanth had his moments in the final against unseeded Loh Kean but was defeated by the Singapore shutter's pace and agility towards the end. Srikanth came close to winning the second game when the duo was tied at 18-18 but Loh Kean managed to take the game 22-20 to win his maiden World Championships title.

Srikanth said it was a close match and could have ended up in anyone's favour had he managed to take a point or two extra after he reached 18 points in the second game.

"I want to push myself harder and get the goal next time. I will talk to my coach, trainer and physio ahead of India Open and I will work on what they say and will keep working on what they want me to work on," he added.

Srikanth, who won four Superseries titles in 2017 had enjoyed a stellar run that year before a knee injury hampered his progress. He missed out on a berth for the Tokyo Olympics this year due to fitness issues and lack of form. Srikanth had played his last final at the India Open in 2019.

"There was never self-doubt, I never doubted myself. I always knew I can come back, I just wanted some time before I can get into that rhythm. The World Championships was not my first tournament after 6 months where I went and performed, it was my 9th or 10th tournament (since the lockdown). I slowly started to perform, reached a few semis and quarters and then played this final. It was slow progress but I am happy it happened at the right time," Srikanth said.

He also lauded 20-year-old Lakshya Sen, who has been touted by many as the future of Indian badminton and impressed with his performances at the World Championships.

"He is been playing really well in the last few months. He is very young, passionate. It's good to see young players doing well, it's always a good sign, I am sure there are many players who would want to do well in the big tournaments, I would include myself in that list as well," said Srikanth.