'He's one of the greatest athletes....': Enrico Piperno on Rafael Nadal after his win over Novak Djokovic 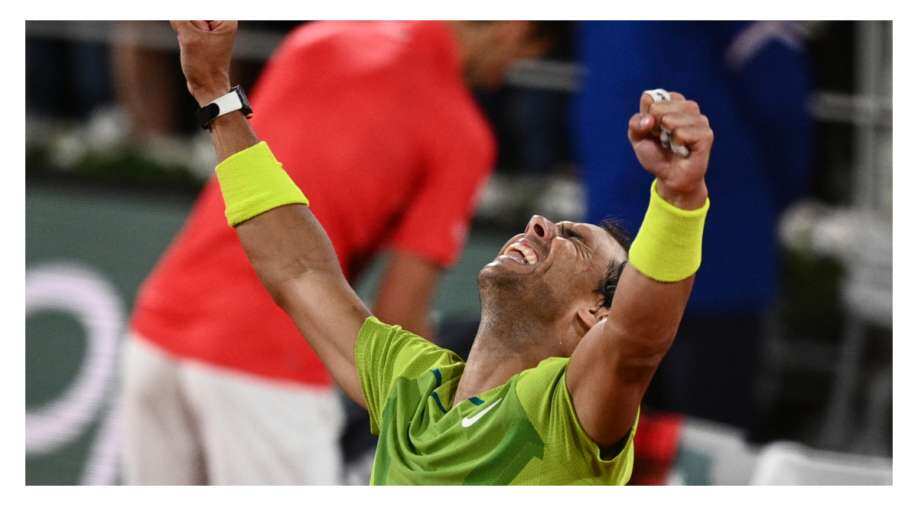 Rafael Nadal and World number 1 Novak Djokovic locked horns with each other in the quarter-finals of the 2022 French Open on Wednesday (June 01). The contest between the two legendary players have always been one to cherish for the ardent tennis fans. The same was the case this time around as Nadal beat defending champion Djokovic in a four-set riveting battle, 6-2, 4-6, 6-2, 7-6(4).

Nadal now stands just a couple of steps away from lifting his 14th French Open title after an incredible display against Djokovic. While many termed the Serbian as the favourite ahead of the clash, due to Nadal's foot injury and inconsistent form,  the Spaniard saved his best versus the No. 1 ranked player to emerge on top in an engaging battle.

On Nadal's foot injury, Piperno said in an interaction with WION's Sports Editor Digvijay Singh Deo, "The man is superhuman. Don't know how he does it. To continue playing that sort of level at this age is pretty phenomenal. That explains Rafael Nadal to you. The way he plays, the sort of effort that goes into it, hitting the ground stoke from that far from the baseline is just absolutely phenomenal. He is one of the greatest athletes the planet has ever seen."

.@RafaelNadal ended @Djokernole's title defence at #RolandGarros after a 4-hour epic that got over past midnight.

How did Nadal overcome his injury issues to beat the in-form World No. 1?

ALSO READ | Had my chances but lost to a better player, says Novak Djokovic after going down against Rafael Nadal

With age not being on his side and several fitness concerns, the talk doing the rounds is that RAFA is contemplating retirement. In this regard, Piperno opined, "What I have been hearing is this is his final year. That is the sort of feeling everyone is getting. If he has had a good year, he might say 'why not, let's continue for one more year'. I think his intention is to call it quits but it will be decided post US Open."

Nadal will next face Alexander Zverev in the semi-finals, on Friday evening (June 03), to book a place in the final. The veteran will surely aim for his 14th French Open title and extend his overall Grand Slam tally to 21. He had already won the year's first Grand Slam, i.e. the Australian Open, in a dramatic fashion over Daniil Medvedev.