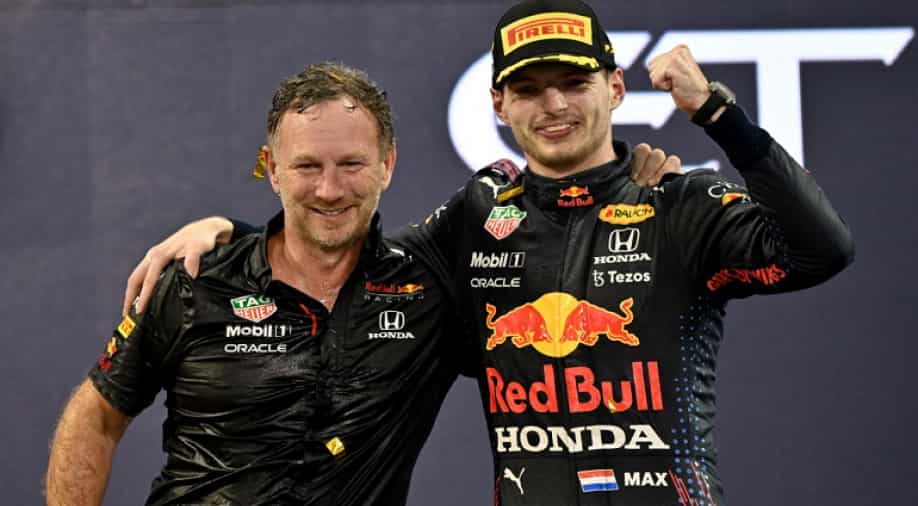 In an exclusive interaction, Red Bull team principal Christian Horner opened up on the epic race in Abu Dhabi, rivalry between Verstappen and Hamilton, Hamilton's future and more.

Before the end of 2021, the Red Bull's driver Max Verstappen went past the seven-time world champion Lewis Hamilton in a nail-biting end to the Formula One 2021 season; the season-ending Abu Dhabi Grand Prix in early December. While many expected the veteran driver Hamilton to claim his eighth title, it was the 24-year-old Belgian-Dutch racing driver Verstappen who stunned one and all and went ahead of his competitor in the final lap to win a maiden driver's title.

The race was full of ups and downs. The 37-year-old British car race driver Hamilton was on the verge of lifting his eighth title before Canadian driver Nicholas Latifi crashed his Williams prior to the four laps before the last one, calling for the appearance of the safety car. Verstappen went ahead with new tyres, however, Hamilton didn't. Thus, the youngster Verstappen moved past his close rival -- courtesy the fresh wheels -- to emerge victorious at the Yas Marina track in Abu Dhabi.

The race remains in discussion to date. The Fédération Internationale de l'Automobile (FIA) has ordered an investigation into the conduct of the entire proceedings in Abu Dhabi. The result is expected to be out in March, 2022.

Anid all this, WION's Sports Editor Digvijay Singh Deo got a chance to interact with Red Bull team principal Christian Horner. Horner opened up on the epic race in Abu Dhabi, rivalry between Verstappen and Hamilton, Hamilton's future and more.

The 48-year-old Horner, who remains the mastermind behind four constructors' titles at Red Bull racing, lauded Max's rise and said, "Amazing reception to welcome Max back as a world champion. He has grown up with Red Bull, a product of the junior team. The way he drove last year, he fully deserved the world title."

Horner admitted that a late safety car played into Max's hands and took Hamilton by surprise. On the intense rivalry between the duo, which has gained mileage in recent times, Horner stated it is the need of the hour for the sport. He pointed out, "For sure, sport is all about competition. When you have good serial winners, it becomes less attractive. There was big rivalry and it was very little to choose between the two teams and drivers, hence, it was the best year Formula One has had as a sport for probably 30-40 years."

Following the season-finale, Hamilton had alleged that the race was manipulated. Moreover, the Mercedes Principal Toto Wolff went ahead and said that the superstar driver is disillusioned and may not race again. Horner, under whose guidance the Red Bull drivers have won as many as five titles, also opined on Hamilton's future. He said, "Certainly, hope Lewis will be around. Ultimately, it is his choice, his career and his decision. I am sure he will decide to do what he wants to do and what is best for him."