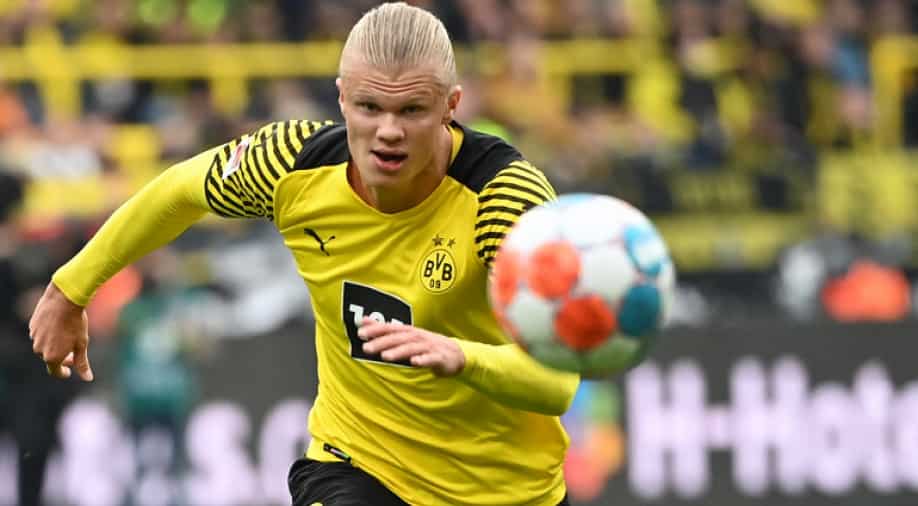 Manchester City manager Pep Guardiola responded to the reports of the club close to finalising a deal for Norweigan striker Erling Haaland from Borussia Dortmund.

Manchester City manager Pep Guardiola on Tuesday (May 10) responded to the reports of the club being close to finalising a deal for Erling Haaland from Borussia Dortmund. Ahead of City's clash against Wolves in the Premier League, Guardiola's press conference was heavily dominated by questions surrounding Haaland's imminent arrival at the Ethiad.

As per reports, Manchester City have already triggered Haaland's 75 million Euros release clause to land him from Dortmund and the deal is likely to be announced as soon as this week. While Guardiola hinted Haaland's move to City is close to being completed, he insisted he is not allowed to talk until the contract has been finalised.

Guardiola said everyone is aware of the situation but he has been told not to discuss the move until it's official. "Everybody knows the situation but I should not talk because I do not like to talk about the future, next season," said Guardiola during the presser.

"At the same time I should say something, but Borussia Dortmund and Man City told me I'm not allowed to say anything until the deal is completely done, so I cannot talk, I’m sorry. We’ll have time to talk," he added.

Haaland is one of the hottest prospects in world football at present and has been backed by many to become the next big thing in the game. A prolific goal-scorer, Haaland enjoyed two sensational spells at Borrusia Dortmund since signing from Red Bull Salzburg and is ready for the next big step in his career.

When asked how much a say did he have in persuading Haaland to sign for the club as a long-term replacement for Sergio Aguero, Guardiola said he would love to talk about the move once it's done.

"I would love to talk, honestly, but I can't! They tell me don’t say anything for the legal actions or the legal situation, it's far away from my perspective. We'll have time to talk about that. Not because I don't want but because I can't," said the Man City manager.

Guardiola's immediate focus will be on helping Man City close the Premier League title race with just three more games remaining this season. Manchester City are currently on top of the Premier League table and have a 3-point lead over second-placed Liverpool with games left against Wolves, West Ham and Aston Villa.