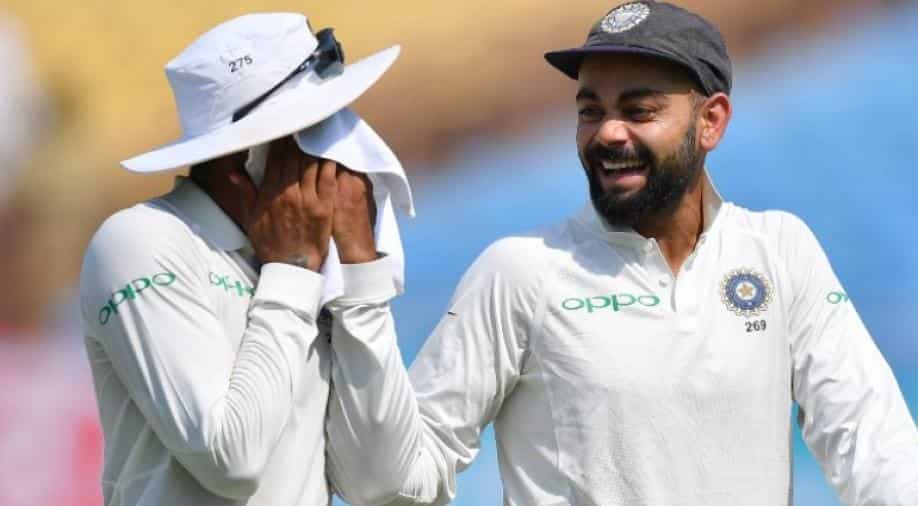 Shot out for 181 in their first innings and made to follow on, West Indies collapsed for 196 in their second in third day's final session with Kieran Powell topscoring for them with a counter-attacking 83.

India defeated West Indies by an innings and 272 runs within three days of the first Test in Rajkot on Saturday and registered their biggest ever Test victory.

Previously, the biggest Test victory had come in June this year when the team outclassed Afghanistan by an innings and 262 runs.

India are now unbeaten in their last eight Tests at home.

Following on, the tourists were bowled out at a score of 196 runs and suffered an innings and 272-run defeat in Rajkot. The match ended early in the final session and Windies now trail the two-match series 1-0.

They were dismissed for 181 in their first innings in response to India's 649-9 declared.

It's all over. India win the first Test against West Indies by an innings and 272 runs.

West Indies' opener Kieran Powell started off well and fought a lonely battle as the team kept losing wickets from the other side. Powell scored 83 runs to offer some resistance to the team and his knock included eight fours and four sixes.

Left-arm spinner Kuldeep Yadav (5-57) was the pick of the Indian bowlers, claiming his first five-for in test cricket as West Indies lost 14 wickets on Saturday.

Hyderabad hosts the second and final test from Friday.