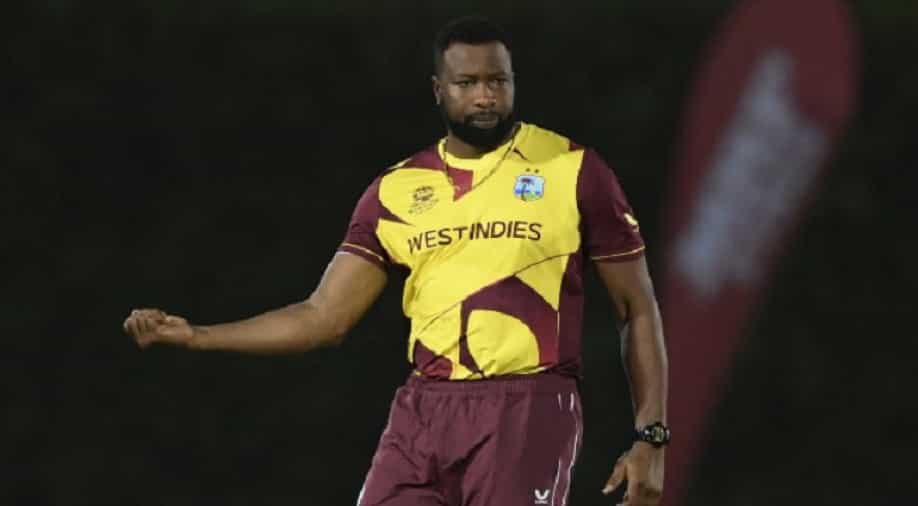 West Indies will be up against Eoin Morgan-led England in the second game of the Super 12 stage in the T20 World Cup 2021 on Saturday (October 23).

Eoin Morgan-led England will be up against West Indies in the second game of the Super 12 stage of the ongoing T20 World Cup 2021 on Saturday (October 23). The match will be played at the Dubai International Stadium in Dubai. Defending champions West Indies and England will be opening their respective campaigns with the clash.

England are heading into the game on the back of a loss and a win in their last two warm-up matches. They bounced bat to beat New Zealand in their second practice game after losing against India in the first one. Mark Wood's 4-wicket haul helped England beat the Kiwis by 13 runs.

West Indies, on the other hand, lost both their warm-up matches against Pakistan and Afghanistan respectively. The Kieron Pollard-led side will be hoping to not repeat their mistakes on Saturday and get off to a winning start against England.

West Indies might not have the momentum on their side but they remain one of the most formidable sides in T20 World Cup 2021 with a significant amount of talent in their ranks. They have some explosive hitters in their batting line-up ad all-rounders who can be game-changers with both the bat and the ball.

England and West Indies had last met in the T20 World Cup in the final of the 2016 showpiece event where the Men from the Caribbean came out on top after a close encounter. England are missing the likes of Jofra Archer and Ben Stokes for the T20 World Cup and are expected to face a tricky contest against West Indies.

Also Read: Rohit to Gayle: A look at players who have featured in all 7 editions of T20 World Cup so far

West Indies have the upper hand over England when it comes to the head-to-head record between the two teams. They might have lost their last two warm-up matches but remain one of the most dangerous sides in the T20 World Cup. The two-time champions will be favourites to win against England on Saturday.