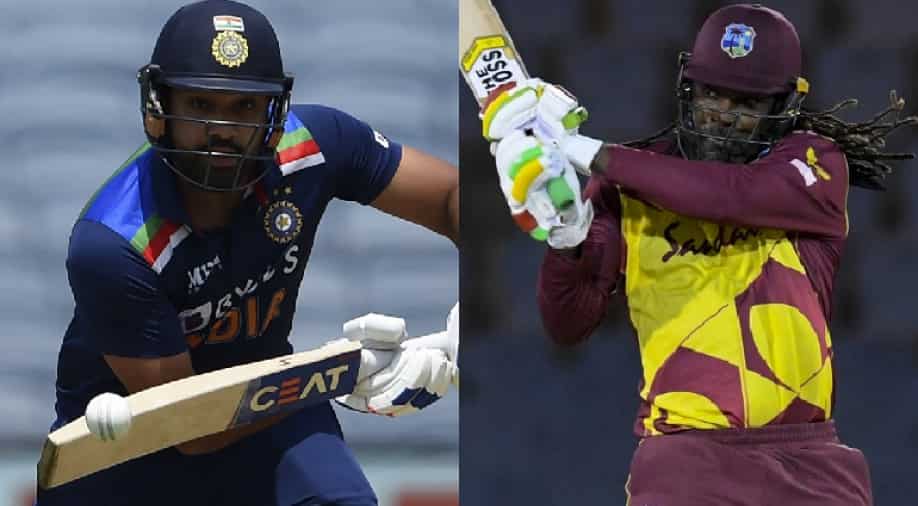 Rohit Sharma is the only Indian player to have featured in all seven editions of the T20 World Cup so far. Here is a look at the six players who have played in all T20 World Cups so far.

The inaugural edition of the T20 World Cup was played in 2007 with India becoming the first champions in the shortest format under the legendary MS Dhoni. The format has since become popular across the globe and has led to the birth of several T20 leagues across many countries.

T20 World Cup remains one of the most talked-about events in world cricket and the tournament will be returning after a gap of five years this time around due to COVID-19. It was originally scheduled to take place last year but had to be postponed due to COVID-19. Two successive T20 World Cups will now be played in 2021 and 2022.

There are only six players who will be making their seventh appearance in a T20 World Cup this year having features in all of the previous editions of the tournament. Star batter Rohit Sharma is the only Indian player who has been part of the last six T20 World Cups and will be in action this year as well.

Here is a look at all six players who have so far featured in all seven T20 World Cups:

West Indies all-rounder Dwayne Bravo has come out of international retirement to feature in the T20 World Cup 2021 this year. A legend of the shortest format of the game, Bravo has taken an impressive 25 wickets and scored 504 runs in just 29 matches in T20 World Cups. He will be playing his seventh T20 World Cup this year.

The Universe Boss is the only second West Indies player to feature on the elite list. A T20 globetrotter, Gayle is one of the most explosive batters in the shortest format. Gayle has an excellent record in the T20 World Cup with a staggering 920 runs to his name at a strike rate of 146.73. He is a two-time T20 World Cup winner along with Bravo and will be gunning for his third title this year.

Also Read: ‘I was surprised’ – Sourav Ganguly opens up on Virat Kohli's decision to step down as India's T20I skipper

Bangladesh's wicket-keeper batter Mushfiqur Rahim will also be making his seventh appearance in a T20 World Cup this year. Rahim, who made his international debut in 2006, has 307 runs to his name in 28 T20 World Cup matches. Rahim will be looking to help Bangladesh go the distance in the showpiece event this year.

Bangladesh captain Mahmudullah has also played all seven editions of the T20 World Cup so far. He will be leading the side this year and will be looking to help his side pull off some major upsets and qualify for the semi-finals. Mahmudullah has so far played 25 matches in T20 World Cups and has scored only 284 runs at an average of 16.70.