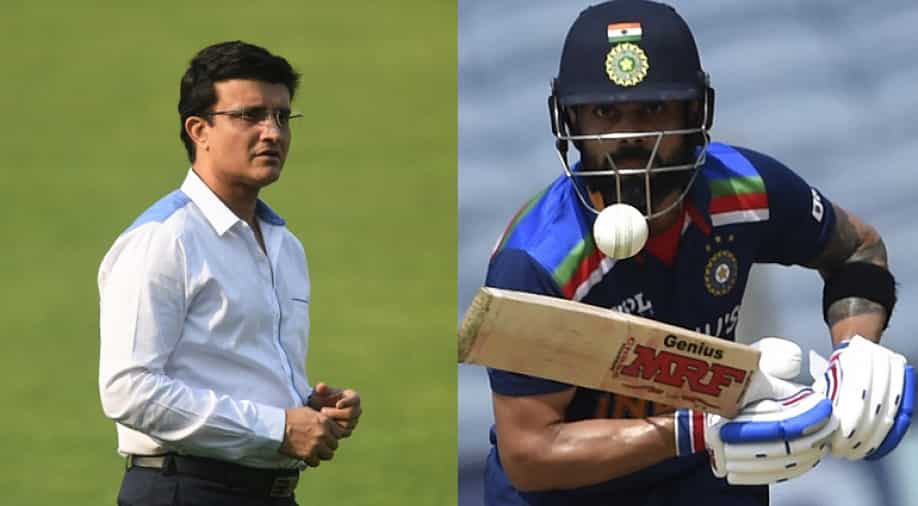 BCCI president Sourav Ganguly recently opened up on Virat Kohli's decision to step down as India's T20I captain and said he was left surprised.

The ongoing T20 World Cup 2021 will be Virat Kohli's last series in the shortest format as the captain of the Indian team as he has already announced his decision to quit T20I captaincy post the conclusion of the showpiece event. Kohli, who is yet to win an ICC trophy as a captain, will be looking to bring an end to the drought this year by leading India to glory in the T20 World Cup this year.

Kohli had announced his decision to leave India's T20I captaincy ahead of the start of the tournament and his decision came as a surprise to many. Recently, Board of Control for Cricket in India (BCCI) president Sourav Ganguly opened up on Kohli's decision to quit T20I captaincy and said there was no pressure from BCCI. Ganguly also stated that he was left surprised by Kohli's announcement.

“I was surprised when Virat Kohli step down as the T20 captain – this decision must have been taken only after the England tour. There was no pressure from our end, we didn’t tell him anything,” said Ganguly on Aaj Tak’s show Salam Cricket.

Kohli had cited workload as one of the reasons behind his decision to leave T20I captaincy. In his social media post announcing his decision, Kohli had said having played across all formats for the last 8-9 years and leading India in all three formats as well for the last 4-5 years, he wanted to give himself some space to focus on his captaincy in Tests and ODIs.

Also Read: Don't think it matters to Virat Kohli if he wins T20 World Cup as a captain or player: Robin Uthappa

Kohli had taken over as the full-time captain of the Indian across all three formats from MS Dhoni in 2017. He has since guided India to some memorable victories at home and overseas making the team a force to reckon with under his leadership.

However, a ICC trophy continues to elude captain Kohli, who will be eager to lead India to glory at the T20 World Cup 2021 and lift his first major trophy as the skipper.