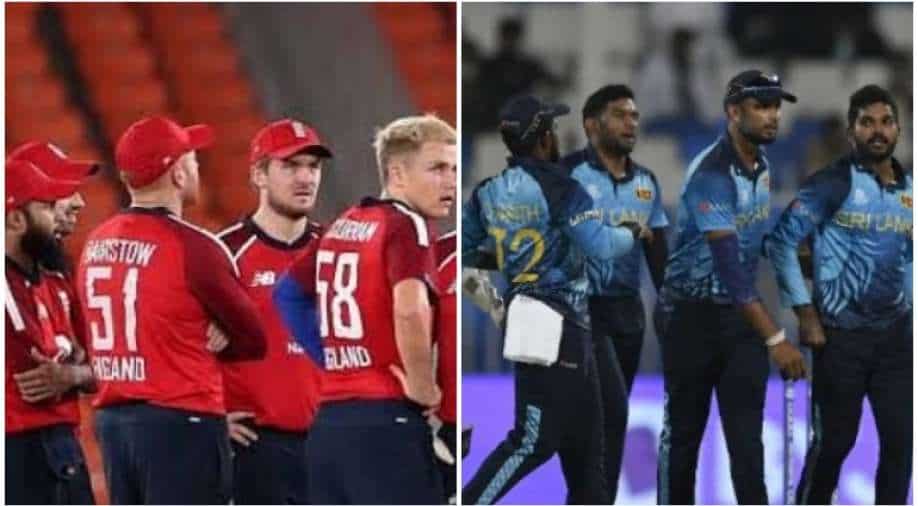 T20 World Cup: In match 29 of the marquee tournament, England will face Sri Lanka at the Sharjah Cricket Stadium, Sharjah.

Match 29 of the ICC T20 Men's World Cup will see the 2016 runners-up and favourites Eoin Morgan-led England take on the inexperienced Dasun Shanaka-led Sri Lanka in Pool A. While the one-time winners England are coming into this game with a thrashing of Australia, Sri Lanka will feel gutted after having missed out a chance to beat South Africa in a thrilling encounter last week.

Morgan & Co. had started their campaign in the marquee tournament with a loss in their first warm-up game. However, they have stood tall since then and are marching towards the semi-finals, most likely to end up with the top-spot in Pool A after three back-to-back wins. On the other hand, Sri Lanka defeated Bangladesh by 5 wickets in a tense-chase in their opening fixture in the main draw, however, their inexperience and rustiness got exposed versus Australia and South Africa.

Given that another win will confirm their semi-final qualification, England will come hard against the Lankans. On the other hand, Sri Lanka are more used to conditions in Sharjah, having already played three games, and also can pose some threat to the English line-up if they win the toss and opt to bowl first. For the unversed, England haven't batted first and set a target in Super 12 so far.

Match prediction for England-Sri Lanka T20 WC encounter: The pitch at Sharjah has been favouring the spinners due to its low bounce. While there hasn't been much turn on display, expect another 140-150-plus total on cards. While England will like to go hard if they chase a modest target, it will be interesting to see how they approach with the ball in the second-half (if the situation arise).

England are overwhelming favourites. Though one cannot rule out Sri Lanka's tendency to surprise any opposition on their day, they will have to be on their toes to beat Morgan & Co.