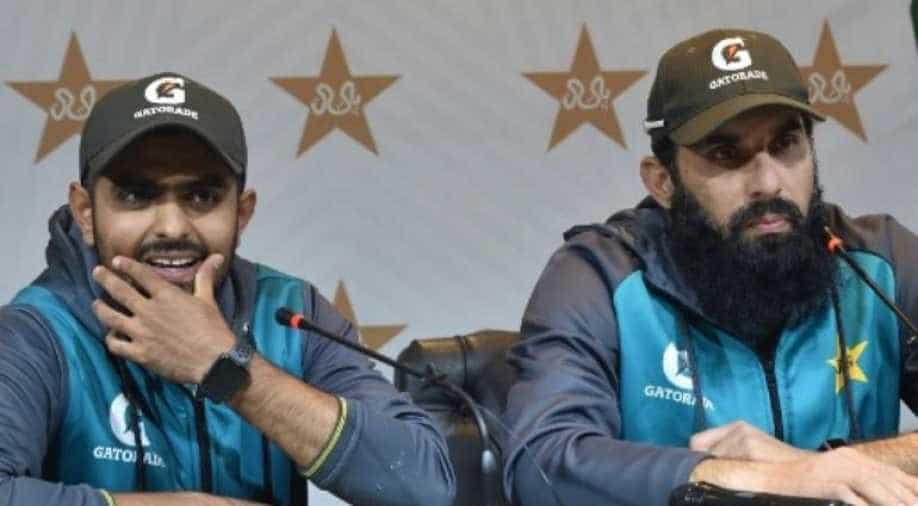 Pakistan coach Misbah-ul-Haq has asked his side to get off to a winning start in their impending three-match Test series against England as the former skipper said that every player must be at their best “right from the word go.”

Pakistan coach Misbah-ul-Haq has asked his side to get off to a winning start in their impending three-match Test series against England as the former skipper said that every player must be at their best “right from the word go.”

England have had a consistent run in losing series openers in eight of their last 10 Test series, including the defeat in 2-1 series win over the West Indies that marked international cricket’s return from the COVID-19 lockdown.

Old Trafford will be the hunting ground for both the sides, the same venue where England thumped Jason Holder’s men recently.

Misbah, addressing the reporters via video-conference, suggested England would have the momentum going into the series: "We should be ready for an England team that have already had three matches of experience and they won their last two Test matches.

"We have to really come in this Test series right from the word 'go' at our best if we want to win a Test series or a Test match here.

"We are aware that England have a slight advantage but if we are alert and go 100 percent in the first Test match, that is the only way we can beat England, otherwise we will find ourselves in difficulty."

Pakistan have played two intra-squad warm-up matches to get into the rhythm with praises flowing in for the Pakistani pace attack. However, Misbah is of the view that the batsmen would need to perform well to give a chance to the bowlers.

"It's always tough with the Duke ball in England where the ball moves around off the seam and also in the air," Misbah said.

"But this is where you can really fight and our batting looked in great shape in the last two series. We played in Pakistan but even in Australia we managed to score good runs in almost every innings.

"Shan Masood, Abid Ali scored centuries in previous series (at home to Bangladesh in February and at home to Sri Lanka in December). Conditions are different but still confidence plays a huge role in your mind when you're coming from a series where you scored runs.

"Azhar (Ali) got a hundred (too, against Sri Lanka).

The England versus Pakistan three-match Test series is set to start from August 5.