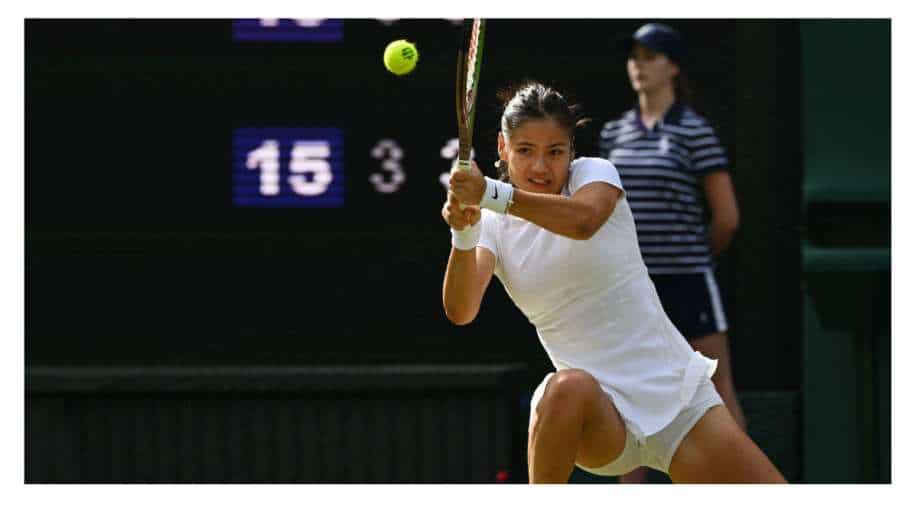 The 19-year-old, who rocketed to fame with her spellbinding U.S. Open triumph last year, did not play badly but had no answer to Garcia`s superior firepower.

Emma Raducanu`s Wimbledon hopes were crushed on Centre Court by France`s Caroline Garcia as the golden girl of British sport suffered a 6-3 6-3 second-round loss on Wednesday. The 19-year-old, who rocketed to fame with her spellbinding U.S. Open triumph last year, did not play badly but had no answer to Garcia`s superior firepower.

Garcia, a former top-10 player with three grasscourt titles on her CV, dominated the opening set as her aggressive return game and heavy serving unsettled the 10th-seeded Raducanu. She continued blazing away in the second set as Raducanu, despite partisan support, fell away.

Raducanu gave her fans hope of a comeback when she broke Garcia to level the set at 3-3, but she dropped serve immediately to hand the advantage back. Garcia coolly held for 5-3 and broke the Briton again to claim an impressive victory, finishing it off with a crosscourt backhand, her 25th winner of the match.

Raducanu`s preparation for her second Wimbledon, after last year`s fairytale ride to the fourth round, had not been ideal as she struggled with a side strain that limited her court time. Her opening win over tricky Belgian Alison Van Uytvanck had raised expectations, but Garcia, a far more dangerous opponent, offered a stark reality check.

"I was preparing for this match really well," Garcia said of her first appearance on Centre Court. "Emma is a huge player and in her home tournament and she proved she can do very well on the big stage. It`s fair that they support Emma and of course it a great memory for me and as always it is a lot of respect."