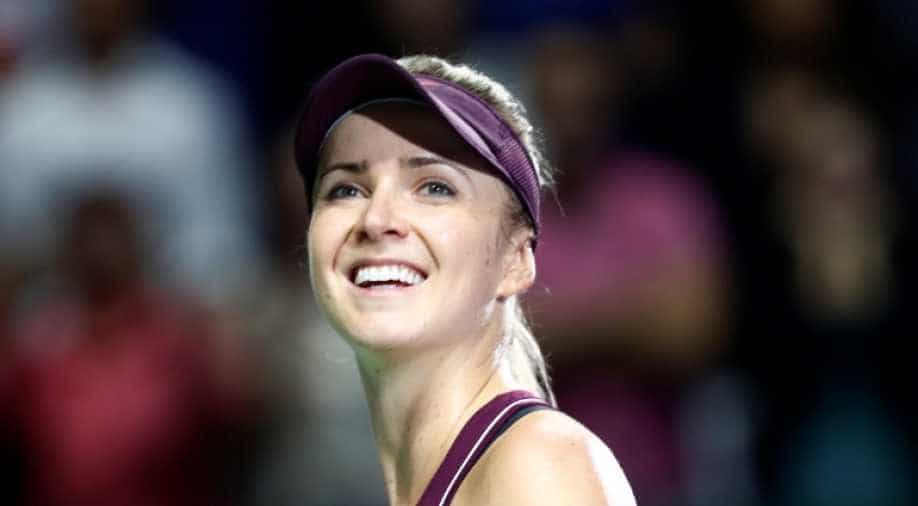 Elina Svitolina put on a defensive masterclass to stifle the power of Kiki Bertens and advance to the WTA Finals title match with a 7-5, 6-7(5), 6-4 victory over the Dutchwoman in a gripping encounter on Saturday.

The Ukrainian advances to meet either versatile American Sloane Stephens or big-hitting Czech Karolina Pliskova, who face off later on Saturday, in the final of the season-ending event being played in Singapore for a fifth and final time.

Svitolina arrived in Singapore out of form yet determined to "silence the haters", who she said believed she did not deserve to be in the tournament, and the Ukrainian has played brilliantly to win all three pool matches and her semi-final.

"In the end, it was just about running and chasing every ball... the level was very tough, we were both playing such good tennis, I was just happy to close it out," Svitolina said in a post-match interview.

A pumped-up Svitolina made the better start, chasing down every ball to earn an early break but the aggressive Bertens broke back as she began to find her range with a blistering forehand loaded with heavy topspin.

Svitolina had been a virtual spectator during the fightback but shook off her passive play and concentrated on depth as opposed to direction, taking advantage of mental lapses from Bertens to claim the opener when her opponent double-faulted.

A pep talk from coach Raemon Sluiter seemed to help Bertens iron out her unforced errors but the world number nine collapsed completely with the second set at her mercy, failing to convert four opportunities to level the match.

Svitolina just kept the ball in play and rallied from 3-5 down to send the contest into a tiebreaker, which the Dutchwoman edged after rediscovering her poise.

The Ukrainian emerged on top of three consecutive breaks at the start of a tense third set to stake an early lead in the decider and somehow rode the advantage all the way to the finish line, sealing the win with an epic hold in the 10th game.

"It feels amazing but there's still lots of work ahead of me tomorrow. It's going to be very, very tough but it will be my last match of the season, so I will leave everything out on the court," the 24-year-old world number seven added.