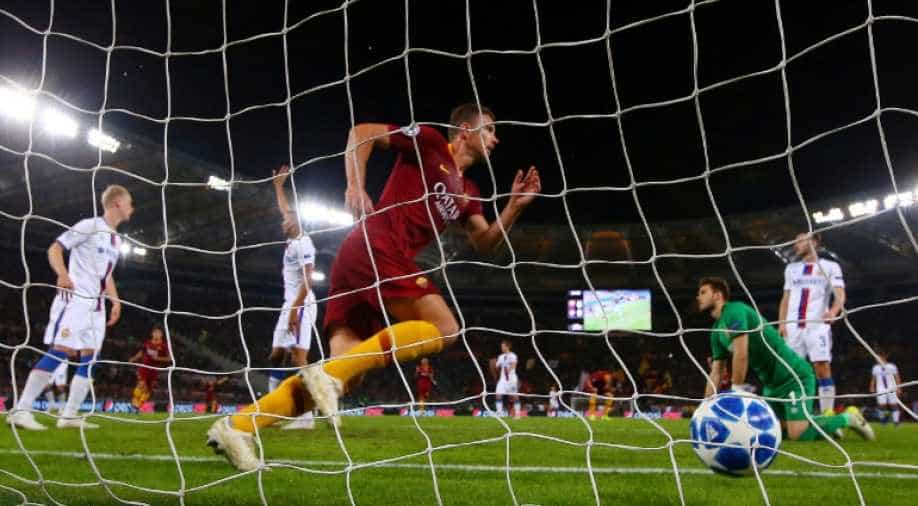 The Italians set the pace in Group G with a 3-0 win over CSKA Moscow.

AS Roma's Edin Dzeko drew level with Barcelona's Lionel Messi at the top of this season's Champions League scoring charts as the Italians set the pace in Group G with a 3-0 win over CSKA Moscow at the Stadio Olimpico on Tuesday.

The Bosnia-Herzegovina striker netted twice in the first half to take his tally in the competition to five goals, before setting up Cengiz Under to score the third just after the break as Roma continued a strong run of home form in Europe.

Eusebio di Francesco’s side were unbeaten in Rome during their run to the semi-finals last season and have not suffered a home defeat in European competition since a 1-0 Europa League loss to Villarreal in February 2017.

The result leaves Roma top of the section level on six points with Real Madrid, two ahead of CSKA and five clear of Viktoria Plzen, who lost 2-1 to the European champions in Spain.

The Russian side had a night to forget on their last visit to the Italian capital in 2014, losing 5-1, and endured another difficult night as Roma recorded a seventh straight Champions League home win ahead of the visit of Real Madrid on Nov. 27.

The Italians took the lead after half an hour when Lorenzo Pellegrini’s neat passing exchange with Stephan El Shaarawy found him some space inside the area and Dzeko was on hand to tap in the midfielder’s low cross from close range.

Roma doubled their lead two minutes before the break and Pellegrini was again at the heart of the move, surging through the CSKA defence before El Shaarawy picked out the Bosnian, who showed good composure to finish from a tight angle.

Dzeko was again involved as the hosts added a third five minutes after the restart, rising to nod a long ball into the path of the onrushing Under, who applied a powerful finish.