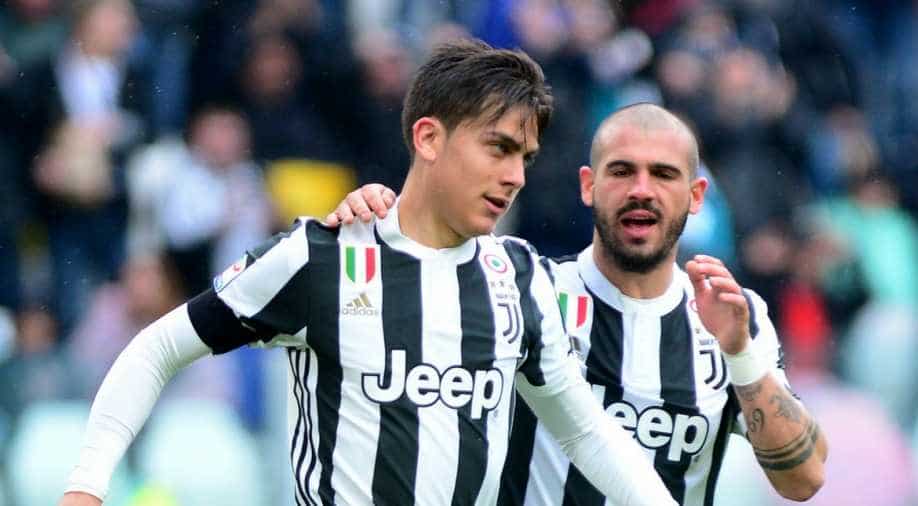 Paulo Dybala scored in each half to give Juventus a 2-0 home win over Udinese and put them top of Serie A on Sunday as Napoli slipped to second following a 0-0 draw at Inter Milan.

Juventus, who are chasing a seventh successive league title, have 71 points from 27 games, with Napoli on 70 from 28 after a dour stalemate with Inter at the San Siro.

Dybala curled home a superb free kick from the edge of the area in the 20th minute to put Juventus ahead, and he was pulled down for a penalty later in the first half only for fellow Argentinian Gonzalo Higuain to miss the spot kick.

Dybala added his second four minutes after halftime, Higuain expertly holding up the ball before playing it into the path of the 24-year-old, who slotted it home right-footed.

Inter defender Milan Skriniar missed the game's best chance in the late fixture as he headed against the post shortly after the break, with Napoli striker Lorenzo Insigne twice coming close in the latter stages.

The sudden death last week of Fiorentina captain Davide Astori cast a pall over Sunday's proceedings in Serie A.

Many of last weekend's matches were postponed following his passing and this week's games began with both silence and applause as the 31-year-old Italian international was remembered.

In the day's early kickoff, Vitor Hugo scored the only goal as Fiorentina beat Benevento 1-0 at the Artemio Franchi stadium in a game filled with emotional tributes to Astori, who was buried on Thursday.

Lazio's Ciro Immobile scored both goals, including a superb backheel deep into stoppage time, to give his side a share of the spoils as they drew 2-2 away to Cagliari.

The brace puts Serie A top scorer Immobile on 24 goals from 24 games this season, six ahead of Inter's Mauro Icardi who has 18 in 22.

Having started the day second from bottom, Crotone hammered Sampdoria 4-1 at home to climb out of the relegation zone, with Marcello Trotta scoring twice and missing a penalty in an eventful outing for the home side.

Newcomers SPAL slipped into the bottom three following a 1-1 draw with fellow strugglers Sassuolo while Dutch midfielder Marten de Roon netted the winner seven minutes from time to give Atalanta a 1-0 victory at Bologna.