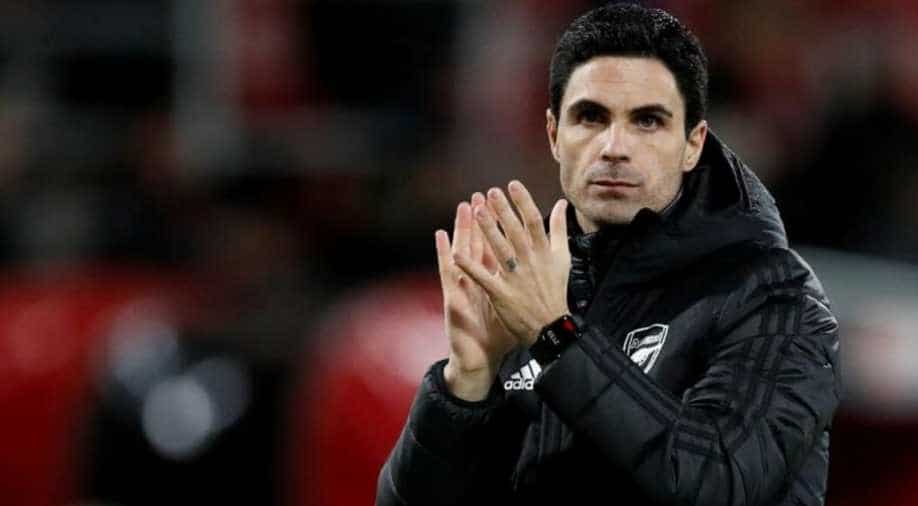 Both footballers did not feature in the Gunners' Premier League and Europa League squad list.

Arsenal boss Mikel Arteta on Saturday said that the club will not repeat expensive terminations of contracts for players who have been left out of rosters. The statement came after the club decided to terminate Greek defender Sokratis Papastathopoulos' contract on Wednesday.

Recently, Arsenal also let go their one of the highest-paid players Mesut Ozil, who is ready to play for the Turkish club Fenerbahce. Both footballers did not feature in the Gunners' Premier League and Europa League squad list.

"You don't want to get into this position again, that's for sure. Not for the player, not for the club. But it's happening more and more at every club," Arteta told reporters ahead of Saturday's FA Cup fourth-round clash at Southampton.

"I think you have to have that communication open, obviously to prevent it as much as possible and if they happen, just make a decision and don't try to delay a situation that is not working for much longer.

"So sometimes it's impossible to see what's going to happen in three years' time. We tried to resolve those situations early in the summer, to try and avoid what we had but sometimes it's not possible as well."

Arteta also told the reporters that the club was looking to get new players during the January transfer season. As per some British media reports, Arsenal are looking to rope in Real Madrid's Norwegian attacking midfielder Martin Odegaard. Arsenal could also prioritise the signing of a left-back as cover for Kieran Tierney after the departure of Sead Kolasinac to Schalke 04 on loan.