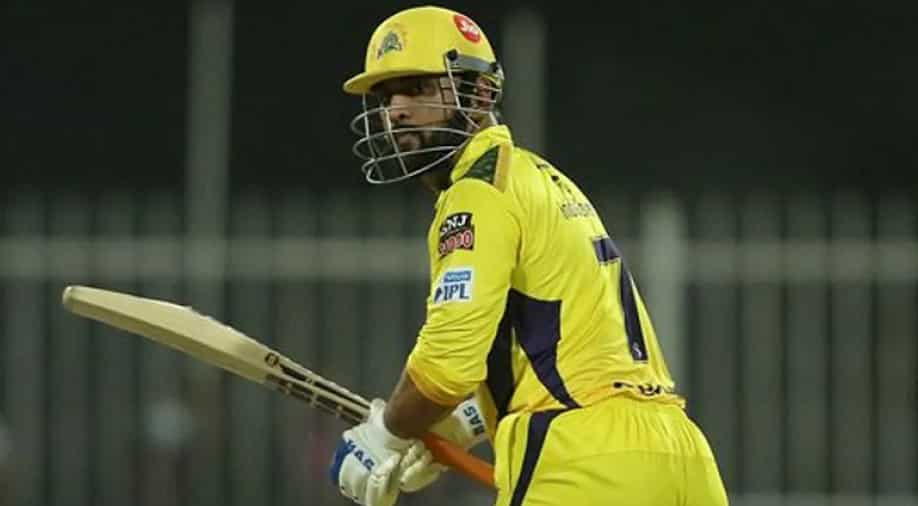 Chennai Super Kings (CSK) captain MS Dhoni's future remains one of the hottest topics of debate as the deadline for the final retentions for all eight existing Indian Premier League (IPL) team approaches. Each of the eight teams has been allowed a maximum of four retentions each with November 30 the deadline to reveal the list of retained players.

Dhoni is all set to be retained by CSK but there remain doubts over how long can he continue with the Men in Yellow. Speaking at CSK's title celebration ceremony in Chennai last week, Dhoni had confirmed he will play his final T20 game in the city but had remained coy on his IPL future stating that he doesn't know whether his last game will be next year or five years later.

39-year-old Dhoni is no more the player he once was as a batter but continues to be one of the best captains in the league. While he is all set to be retained, former New Zealand cricketer Simon Doull has made a bold prediction about the CSK skipper's future. Doull believes Dhoni will not play the full season for CSK next year.

When asked to pick his four retentions for CSK, Doull named Dhoni, Ruturaj Gaikwad, Ravindra Jadeja and Faf du Plessis as his picks while adding that Du Plessis will be leading the side midway through the season next year after Dhoni plays his final game in Chennai.

“It's really easy for me, one of them is playing here at the moment Ravindra Jadeja. I think what we saw from Ruturaj Gaikwad, he must be retained. They do not want to let him go anywhere and the combination at the top of the order with Faf du Plessis," Doull said on Star Sports.

Dhoni, who is in the final lap of his career having already retired from international cricket, was expected to retire after leading CSK to their fourth IPL triumph in the 2021 season. However, he has decided to continue playing and might play beyond the 2022 season depending on the needs of the franchise.

Former India pacer Irfan Pathan disagreed with Doull's prediction about Du Plessis leading CSK after Dhoni and said young Gaikwad, who has been consistent in the last two seasons will be an ideal fit to be groomed as a captain. He also suggested that CSK would retain an all-rounder like Moeen Ali or Sam Curran and not Du Plessis as their fourth player.

“Mahendra Singh Dhoni yes, Ravindra Jadeja yes, Ruturaj Gaikwad absolutely yes. You might see the future in him as far as the leadership is concern, what he has shown consistency, that has been outstanding," said Pathan.

"But the fourth one? Sometime back I was thinking about Faf du Plessis, he is 37-year-old. You don't wanna let go off an all-rounder, either it's Sam Curran or Moeen Ali. I would go with Moeen Ali for the fourth spot,” he added.