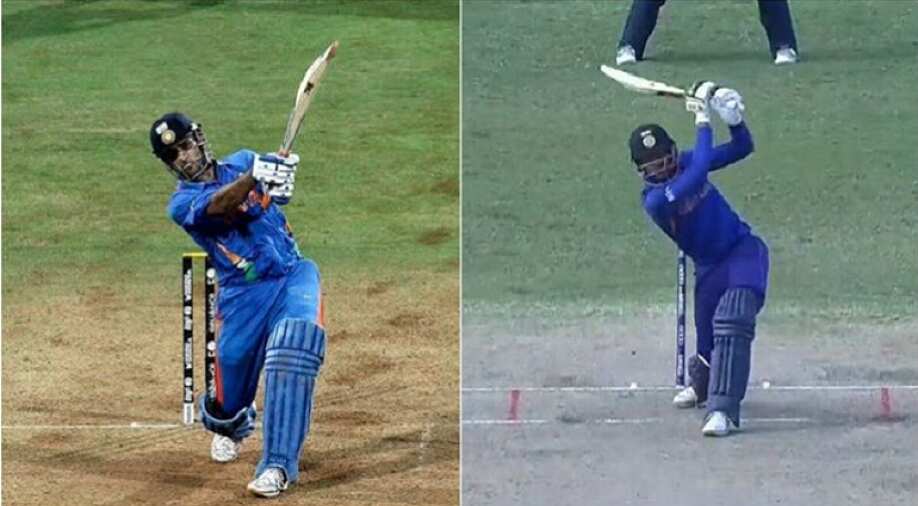 India U-19 cricket team extended the country's dominance at the U-19 World Cup 2022 as they defeated England by 4 wickets in a thrilling final to clinch the elusive trophy. India have now lifted the ICC U-19 World Cup a record-extending five times making them a dominant force in the competition.

Yash Dhull & Co. chased down the target of 199 runs with 14 balls to spare in the final against England to register a comfortable win and clinch the title. Wicket-keeper batter Dinesh Bana finished the proceedings in style for India as he sealed their 4-wicket win with a six in the final.

The memories of Dhoni's six were rekindled on Sunday as Bana pulled off a similar feat against England in the U-19 World Cup final in Antigua. The wicket-keeper batter, who walked out to bat at no.8, scored 13 off just 5 balls and hit back-to-back sixes to take India home in style.

Talking about the final, all-rounder Raj Bawa starred for India with the bat and the ball as he picked up a five-wicket hall to help the team bundle out England for 189 runs before playing a crucial knock of 35 runs. Fifties from Shaik Rasheed and Nishant Sindhu and a 35-run knock from Bawa helped India chase down the target of 190 runs comfortably to clinch the ICC U-19 World Cup 2022 title.

With the victory, Dhull joined an elite list of Indian captains featuring the likes of Virat Kohli, Prithvi Shaw and Mohammad Kaif, who have won the U-19 World Cup for India in the past.