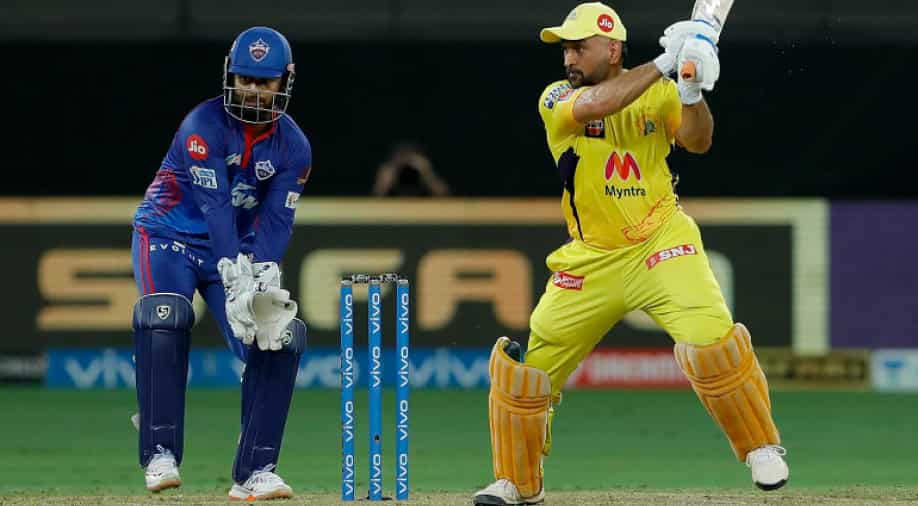 CSK will be looking to seal a spot in the final when they take on DC in Qualifier 1. | Photo - IPL | Photograph:( Others )

Table-toppers Delhi Capitals will be up against MS Dhoni's Chennai Super Kings in the first Qualifier of IPL 2021 on Sunday (October 10). Here is our prediction for the all-important clash.

A spot in the final will be on the line when MS Dhoni's Chennai Super Kings (CSK) take on table-toppers Delhi Capitals (DC) in Qualifier 1 of the ongoing Indian Premier League (IPL) 2021 on Sunday (October 10). Delhi Capitals finished on the top of the points table with ten wins from 14 matches while CSK finished second with nine wins from as many games.

Both the teams have had a stellar season and will be hoping to become the first team to make it to the final when they lock horns at the Dubai International Stadium in Dubai on Sunday. Delhi Capitals have been the better side against CSK this season and have two wins in two meetings against Dhoni's men.

CSK were the first team to seal a spot in the playoffs in IPL 2021 but have struggled to find consistency in the last few games. They have suffered back-to-back defeats in their last four games and will be desperately looking to bounce back to winning ways against DC, who are eyeing a second successive final appearance in the IPL.

Though CSK have not been at their very best in their last three games, they are arguably the most experienced when it comes to playing knockout games in the IPL. Dhoni has led CSK to three titles and a staggering eight finals which proves the Men in Yellow have the big-game pedigree and will be hoping to make it to their ninth final on Sunday.

In 25 meetings between the two sides, CSK have defeated Delhi Capitals 15 times. However, in the last couple of seasons, DC have dominated Dhoni & Co. in the IPL. CSK are currently on a losing streak of four matches against DC and will be looking to bring an end to that in Qualifier 1 on Sunday. The odds are stacked against CSK with three losses in a row in their last three matches but Dhoni's men might emerge on top against DC tonight.