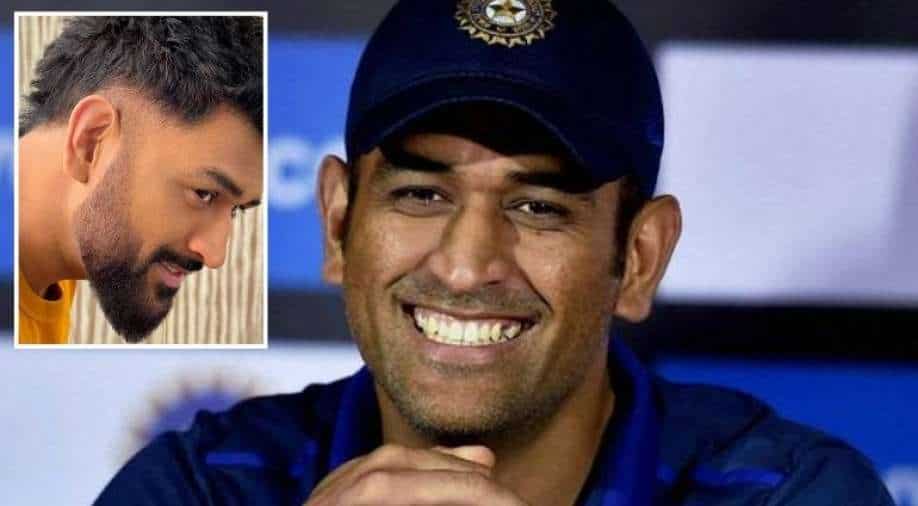 It doesn't always have to be cricket for Mahendra Singh Dhoni to dominate the trends on social media. Sometimes it's him playing with pets and sometimes it's his bikes, now again he is trending and this time it is because of his quirky hairstyle and beard look. Dhoni, who is not too active on social media, enjoys a huge fan following.

Dhoni, the former skipper of the Indian cricket team, was recently spotted sporting a new haircut and beard style in an Instagram post that was been shared by hairstylist Aalim Hakim. "Legend Dhoni..Sports A Dashing Look...Thoroughly enjoyed doing this haircut & beard for our legend @mahi7781," wrote Hakim in the caption.

Fans were quick to notice and share the pictures with their messages. One the fan wrote on Twitter, "Damnn he looks 5. Years younger than his age  fantastic work !! Maintain this look". Another chimed in and expressed what Dhoni should do next, "What can't Dhoni do to get India excited?! The only thing left in my opinion is to run for the highest office in the country. Probably the next Prime Minister of India!?". A fan even compared him to a football player, "Dhoni looks like football player".

Mahendra Singh Dhoni, the former skipper of the Indian cricket team, was recently spotted in the retro jersey of India as pictures went viral on social media forums. Fans and followers expressed their emotions after watching 'Thala' in No. 7 Indian jersey.

The pictures were apparently taken during a commercial shoot as shared by the Bollywood director Farah Khan, who posted a picture of herself with Dhoni.

Dhoni will return to the cricket field as the second phase of the Indian Premier League (IPL) 2021 is all set to resume on August 19 and will conclude on October 15. The tournament, whose first phase was played in India, was suspended after a few players and staff members were tested Coronavirus (COVID-19) positive. After that, the event was shifted to United Arab Emirates (UAE), where 31 games will be played in 27 days in the league’s second leg.