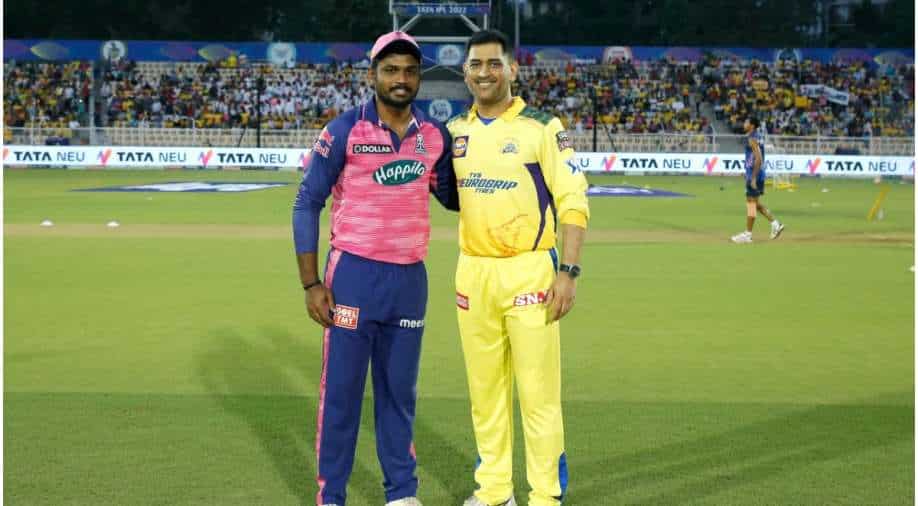 CSK vs RR: While all were eager to hear about MS Dhoni's IPL future, the 40-year-old answered the big question during the coin toss. Here's what he said:

The social media platform Twitter saw MS Dhoni trending on Friday afternoon (May 20). As the Chennai Super Kings (CSK) is playing their last game of the IPL 2022 edition, locking horns with Rajasthan Royals (RR) in match 68 of the 15th season, all eyes are on Dhoni as he is featuring on the 22-yard cricket strip for the last time this year.

While all were eager to hear about Dhoni's IPL future, the 40-year-old answered the big question during the coin toss. Being asked about the big query by Ian Bishop, Dhoni was quick to respond and said, "Definitely, because it will be unfair not to say thank you to Chennai. Won't be nice to do that to CSK fans." As soon as Dhoni's reply was heard by one and all in the Brabourne Stadium, Mumbai, the crowd was buzzing with a loud cheer and applause.

With the defending champions and four-time winners CSK out of the playoffs race and sure to finish in the bottom two, many were hoping for Dhoni to continue for at least another season in the Yellow Army. As per a report in ESPN Cricinfo, he is even expected to continue as the Chennai captain next year.

Many had thought that an aging Dhoni would under-perform in IPL 2022, after two forgettable seasons on the trot, the veteran keeper-batter has surprised one and all with his finishing skills still being intact and he has even entertained the crowd with some big hits. In 13 games, he has amassed 206 runs at 128.75 with one fifty and a few vital cameos.

Overall, Dhoni has 4,952 IPL runs in 234 games, with 24 half-centuries at a strike rate of 135.52. He remains a big name in world cricket despite retiring from the international circuit in August 2020. For India, he ended with 17,266 runs, including 108 half-centuries and 16 tons overall. He ended with third-most dismissals by a keeper, overall, and also led India to all three major ICC titles.