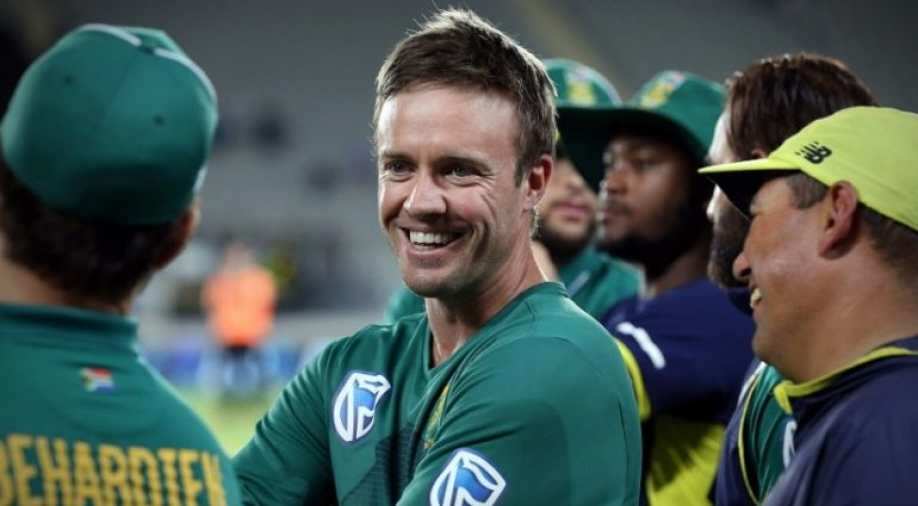 The players were identified and selected by the ICC`s specialist voting academy comprising prominent cricket journalists, broadcasters and former players from around the world.

Cricket South Africa (CSA) on Sunday congratulated Proteas trio -- Dale Steyn, AB de Villiers and Imran Tahir -- as well as pair Dane van Niekerk and Marizanne Kapp for being included by the International Cricket Council (ICC) in its Teams of the Decade.

The players were identified and selected by the ICC`s specialist voting academy comprising prominent cricket journalists, broadcasters and former players from around the world.

Former South Africa top-order batsman De Villiers, widely regarded as one of the greatest players to have ever played limited-overs cricket, was named in both the ODI and T20I Teams of the Decade.

Leg-spinner Imran Tahir, a player that played all 107 of his ODIs in the 2010s claiming an impressive 173 wickets in that period, was picked alongside De Villiers in the 50-over team.

Pacer Steyn, who retired from red-ball cricket last season as the country`s all-time leading wicket-taker with 439 strikes, was named in the Test Team of the Decade.

Proteas captain Dane van Niekerk and her all-rounder team-mate Marizanne Kapp, meanwhile, were selected in the Women`s ODI Team of the Decade.

"Having our players being selected in these teams is an incredible honour. It is also a massive feather in their caps and speaks about the immense contribution they have made to cricket not just domestically, but on a global stage," CSA Director of Cricket, Graeme Smith said in a statement.

"Their inclusions also speak of their consistency and their class as individuals. They have performed impeccably year in and year out for South Africa and we are very proud of them. We at CSA would therefore like to like to congratulate AB, Dale, Immi (Tahir), Dane and Marizanne," he added.

Smith also had special words of praise for the two women`s players that made the cut."We have seen the women`s game evolve at a rapid rate in the last three or four years. Players like Dane and Marizanne have been at the forefront of that evolution and their recognition by the ICC is testament to their efforts," he said.

The ICC Awards of the Decade is a one-off edition of the annual awards programme, aimed at celebrating the stand-out performers and moments from the past ten years of international cricket. (ANI)