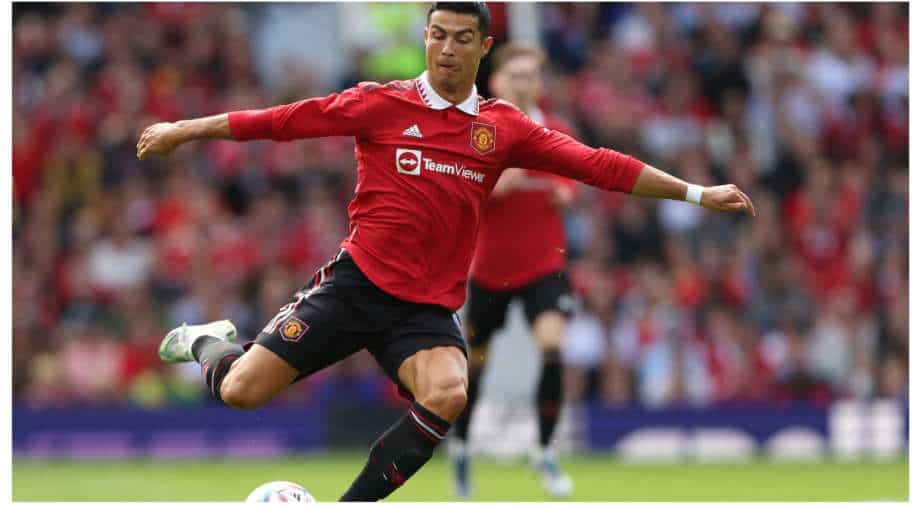 Erik Ten Hag is reportedly keen to go ahead with the front three in the form of Jadon Sancho, Marcus Rashford and Anthony Martial. Thus, Cristiano Ronaldo's omission will surely make heads turn especially when he isn't too keen to continue at Old Trafford.

The mystery regarding Cristiano Ronaldo's future at Manchester United continues to get complicated ahead of the new EPL season. Ahead of Man United's Premier League opener, where they face Brighton on August 07 (Sunday), it is being reported that the new manager Erik Ten Hag is set to bench Ronaldo from the playing XI.

So far, Ronaldo missed the Red Devils' pre-season tour of Bangkok and Australia -- citing personal reasons -- and only made a 45-minute appearance against Rayo Vallecano. His early exit from the game has not impressed the new manager, who is set to snub the star striker from Man Utd's season-opener (as per a report in The Sun).

Ten Hag is reportedly keen to go ahead with the front three in the form of Jadon Sancho, Marcus Rashford and Anthony Martial. Thus, Ronaldo's omission will certainly make heads turn especially at a time when the 37-year-old isn't too keen to continue at the club. If this happens, this might push him further towards an exit.

Recently, in an interview with Dutch outlet Viaplay Sport Nederland, Erik opined on Ronaldo leaving the game before the final whistle. He said in this regard, "It is not a good look to leave early when you have been involved in the squad. It is different if you are up in the stands and not involved."

“You would expect someone who has played in the game to be in the changing rooms at the end to listen to the manager’s thoughts. Also a lot of people were there to see him and he was not even involved in the clapping of the fans after the final whistle,” Ten Hag added, further criticising Ronaldo.

It is clear that all is not well between Erik and Ronaldo and the two aren't on the same page as yet.