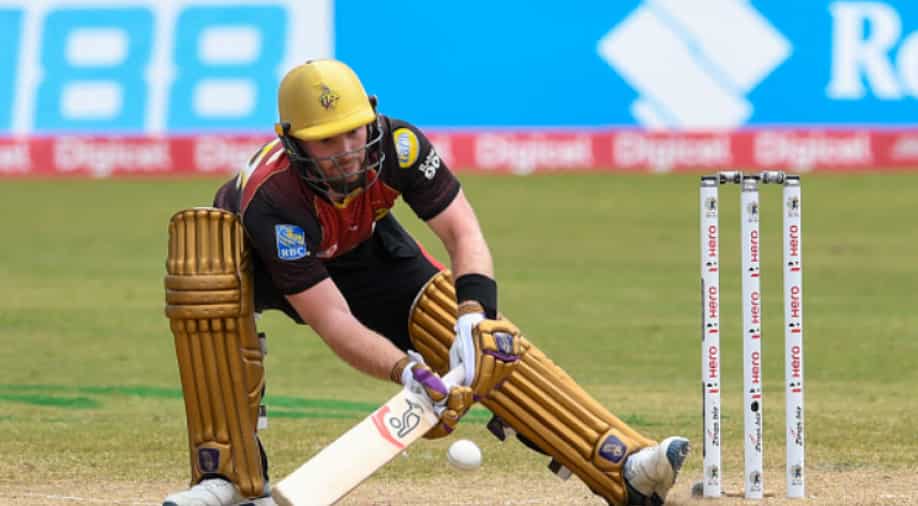 Tim Seifert has said that staying back in India in the wake of testing COVID-19 positive was intense, particularly on the grounds that he could see the other Kiwi players leaving the country.

Tim Seifert has said that staying back in India in the wake of testing COVID-19 positive was intense, particularly on the grounds that he could see the other Kiwi players leaving the country.

Seifert, who was in Kolkata Knight Riders for IPL 2021, needed to isolate in India as he tested positive only hours before he was leaving the country after the IPL was suspended.

Reviewing the challenges in India, the New Zealand wicketkeeper-batsman expressed that the possibility of remaining back even as his countrymen were leaving the country was mentally daunting.

In an interview with NZHerald he said: "I got pulled aside and told I'd tested positive and my heart sank straight away when everyone left. I was the only overseas player basically still left in India out of the whole tournament. That's when things got a little bit real. It was tough because my room looked over the entrance of the hotel so when they were leaving I was waving goodbye to them"

“The Chennai Super Kings manager showed me the positive on the top of the test. The world stops and I just couldn’t really think what was next and that was the scariest part of it – you hear about the bad things and I thought that was going to happen to me" - he said.

“They made everything a lot easier. They made sure that things would be put in place and the CSK management and CEO of KKR, made life easy for me to know that everything would be alright and when that time was to come home, they’d try everything to get me home safely” - he added.

Tim Seifert failed both his pre-departure RT-PCR tests and subsequently couldn't fly out with his teammates. He is currently isolating in an Auckland hotel. Seifert will remain in quarantine till June 3.

The Kiwi tested negative for COVID-19 a week ago and was sent back home. New Zealand coach Gary Stead said:

"I heard from Tim Seifert just a little while ago. I think the really encouraging thing is he's tested negative. It's great news for Tim, that for a start his health is on the improve anyway, to the point where he's not testing positive anymore."

Kiwi captain Kane Williamson, Kyle Jamieson, Mitchell Santner, and two staff individuals made a beeline for the Maldives after IPL 2021 was suspended uncertainly.

As many as 29 matches of the T20 league were held before various COVID-19 cases in the groups' profile bubbles constrained the BCCI to stop the tournament.