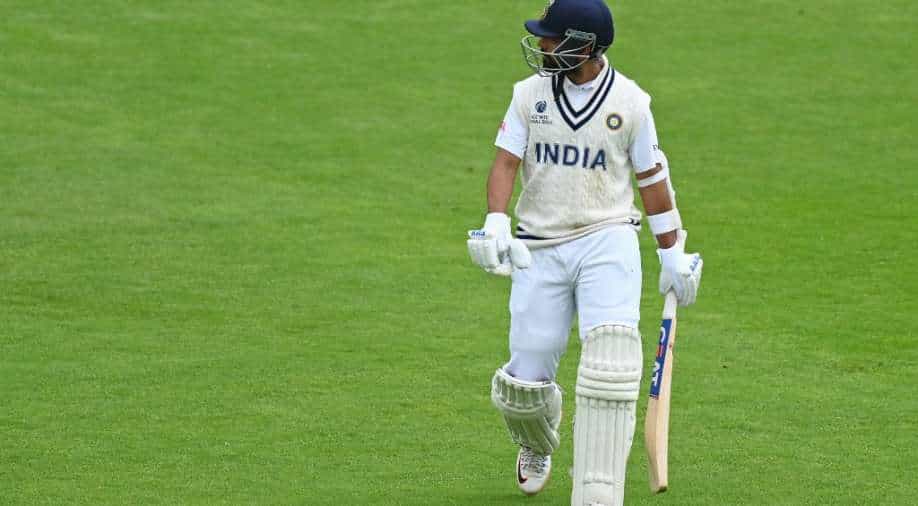 Rahane did all the hard work to negate the threat in the first hour on Day 3 and was on the verge of getting his 24th Test half-century. However, India’s vice-captain gifted his wicket after playing a half-hearted pull shot against Neil Wagner as Tom Latham took a dolly at square-leg.

Gavaskar, on-air, said that the only reason Rahane went for that shot could be because he was nearing his half-century.

Kane Williamson and Wagner set up the trap for Rahane with the Indian batter known to be a decent puller of the ball and hardly shies away from playing the short-pitched deliveries.

Whereas former India batsman VVS Laxman said that Rahane will have to work a way out as teams will plan more bouncers at him, hoping for a similar miscued shot.

“It was the Same planning in Christchurch too. He (Rahane) needs to address this. Wagner forced Rahane to play a half-hearted pull shot. He will be disappointed with this. When I first came to international cricket, Sachin (Tendulkar) told me you have to know where your off stump is and you have to know how to leave the bouncers if the opposition knows you are a compulsive hooker, then they will target you,” Laxman said the post-lunch show on Star Sports.

India were bundled out for 217 in the first innings and New Zealand would be looking to capitalise after a fine start given by the bowlers in the WTC final.