Cricket: Shafali Verma makes her debut in the Test format with flying colors 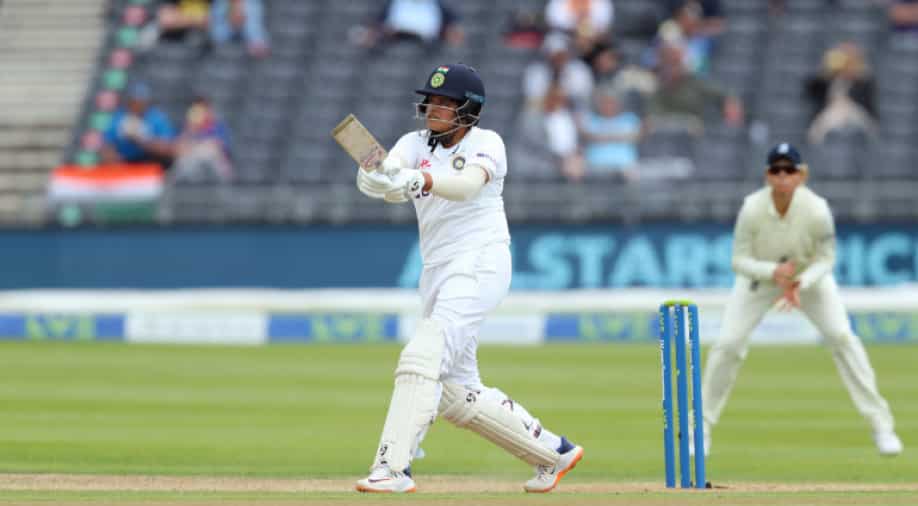 On her Test debut, Shafali Verma illuminated Bristol. A 152-ball 96, with 13 fours and two sixes, upgraded her standing as a batting corsair after England Women declared their first innings on 396/9.

India Women did not play a Test match for seven years. Little marvel then that this was Shafali Verma's debut Test match, despite the fact that she has effectively played 22 WT20Is. Her 148 or more strike rate in the longest format said a lot for her hitting ability. In any case, Test cricket was an alternate ball game, a trial of her procedure and demeanor in English conditions. Shafali passed decisively.

Shafali Verma is a name that would perk up the essence of most Indian fans nowadays.

What stands apart about her game is her courageous strokeplay and her see-ball hit ball approach that has impelled her to play her debut Test match in a twinkling period of time.

At the point when most cricket amateurs her age were all the while attempting to get hold of various formats of the game and as yet attempting to comprehend the guidelines, Shafali Verma was tonking one of the best bowling units, in their own backyard. On her Test debut, Shafali Verma illuminated Bristol. A 152-ball 96, with 13 fours and two sixes, upgraded her standing as a batting corsair after England Women declared their first innings on 396/9.

Regardless of being a rookie at this level, Shafali Verma's stroke-play had been generally discussed, coming into this game. Through dauntless cricket, the 17-year-old satisfied her reputation.

While there were qualms about her strategy paving the way to the one-off Test, the youth subdued every such thought. She was in control during her 152-ball 96.

Shafali Verma attempted to finish her century with a boundary however sadly was out caught. She skied one from Kate Cross to hand a simple catch to Anya Shrubsole.

Yet, Shafali Verma, similar to her batting, endured it and vowed to make it up in the coming days. She composed on Twitter:

“I would like to thank each and every one of you for your kind words of support and for your wishes. It would not be possible to respond to each message individually. I am proud to be a part of this team and such wonderfully supportive teammates and support staff. I know my father, my family, my Association, my team and the academy will miss those 4+ runs more than me but I will make it up to them on other occasions. They have all been a huge support!"

I know my father, my family, my Association, my team and academy will miss those 4+ runs more than me but I will make it up to them on other occasions 😁. They have all been a huge support!

Shafali Verma was astute past her years. She was prudent, to begin with, regarding the format and England Women's bowling. Solely after the tea break, she began playing some excessive shots. Smriti Mandhana's poise at the opposite end made a difference. Together the two openers put on 167 runs before Shahafi Verma was dismissed.

With the world at her feet at a particularly young age, Anything is possible for this intelligently skilled teen. In the event that her beginning in global cricket is anything to pass by Shafali Verma will be the standard-bearer of Indian women's cricket for quite a long time to come.