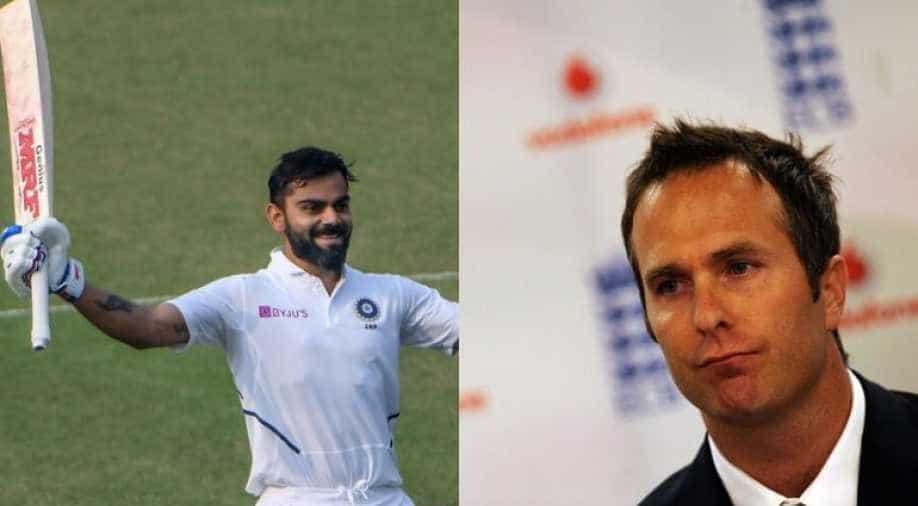 Earlier, Vaughan had predicted that Kane Williamson and Co. will be victorious in the inaugural World Test Championship final.

Dy 1 of thw World Test Championship final between India and New Zealand was abandoned without a ball being bowled after heavy showers delayed the highly-anticipated clash. Former England skipper Michael Vaughan's has irked several Indian fans after taking a dig at Virat and Co. in a cheeky tweet.

ALSO READ: WTC Final: Reserve day will be used in India vs New Zealand clash as rain wipes off Day 1

"I see India have been saved by the weather …. #WorldTestChampionship,” tweeted Vaughan.

I see India have been saved by the weather …. 😜 #WorldTestChampionship

The tweet attracted a lot of reaction from several Team India fans where they trolled Vaughan for his comments.

England had been saved in the WC by Umpires and boundary count lmaoo.

It's a shame for ur team that final is played in ENGLAND and England team will be watching it on tv .icc would have atleast given them tickets so that they cheer for INDIA from stands 😂😂

Vaughan is known for engaging with Indian fans in the past. The former England skipper was trolled for predicting that Australia will clean up India in the Test series, whereas, the Men in Blue ended up winning a thriller. He also was trolled for questioning the Indian pitches used during England's Tour of India.

Earlier, Vaughan had predicted that Kane Williamson and Co. will be victorious in the inaugural World Test Championship final.

The juggernaut clash between India and New Zealand was set to kick-off at 3 PM (IST), however, heavy downpour, kept delaying the match. After losing more than three hours on an opening day, the play has finally been called off.

The Day 1 of the highly-anticipated was abandoned without a toss. With this, all hopes rely on the reserve day set by ICC on June 23 that will be used to make up for lost overs and time due to rains.

Team India announced their playing XI, a day ahead of the clash, but could make changes as the toss did not take place.