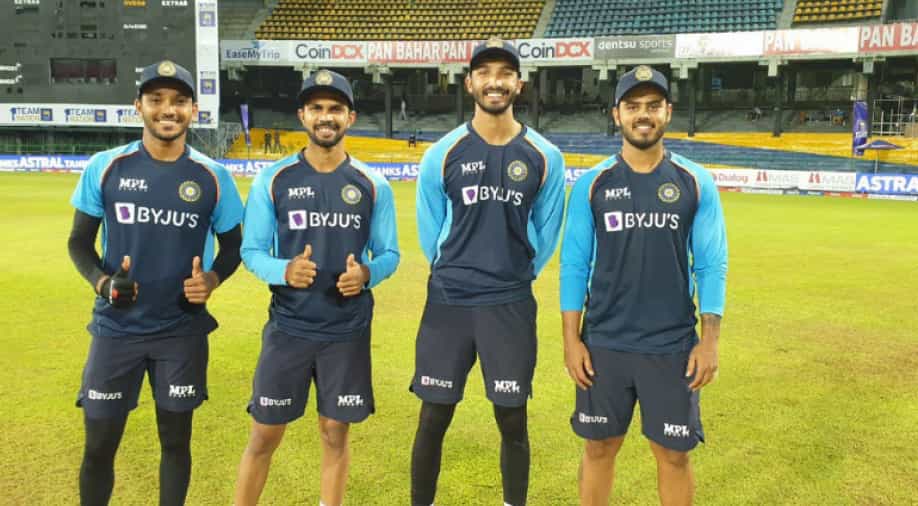 Team India's most recent debutant, Chetan Sakariya, has had a good beginning to his international profession in the ongoing limited-overs series against Sri Lanka.

Chetan Sakariya, who developed rapidly with the Rajasthan Royals in the IPL, said that he would have been glad going to Sri Lanka as a net bowler.

After a decent domestic season, Sakariya was presented with an IPL contract by Rajasthan Royals. He is intrigued with his variations, dismissing a portion of the enormous names in international cricket, and received his maiden India call-up.

Team India's most recent debutant, Chetan Sakariya, has had a good beginning to his international profession in the ongoing limited-overs series against Sri Lanka.

"I would've been happy just going to Sri Lanka as a net bowler, so this is a massive surprise. At the IPL, I thought I exceeded my own expectations," he told ESPNcricinfo.

"Initially, I thought I may have to wait for my turn, but once I got into the camp, the kind of confidence and faith everyone showed in me, I got the vibes that I'll start. So while it is a surprise, I'm very much ready and confident with the way I've prepared," he added.

He got two wickets on his ODI debut and upheld it with another respectable outing in the T20I debut. Responding to his debut, Chetan Sakariya wrote:

"What’s better than to represent your country doing the thing what you love."

What’s better than to represent your country doing the thing what you love….#t20debut . pic.twitter.com/YW7ih3ZpNy

Chetan Sakariya will hope to make his first international; visit paramount with a decent trip in the final match and assisting India to a series win. The third match of the series is scheduled to take place on July 29 in Colombo.