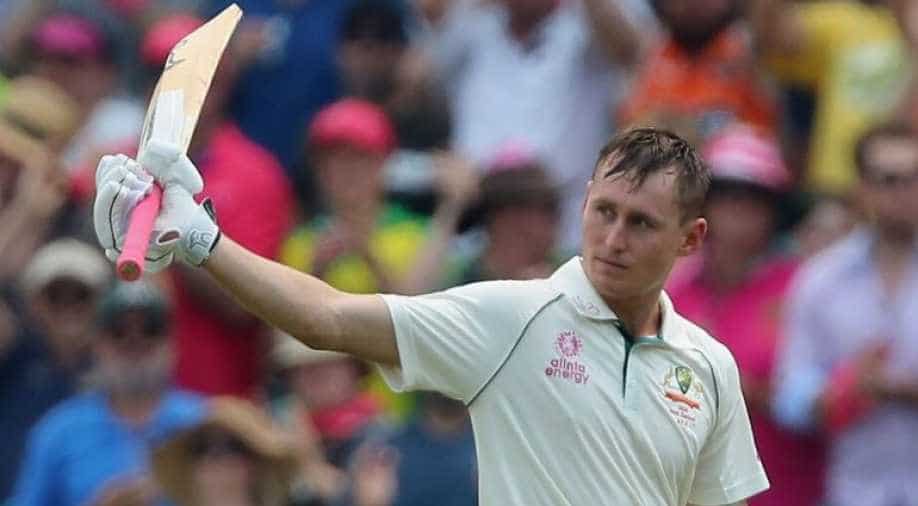 The day got off to a chaotic start for New Zealand when Williamson and batsman Henry Nicholls were ruled out of the match by a flu virus just before the toss, while spinner Mitchell Santner was too ill to leave the team hotel.

Marnus Labuschagne continued his purple patch of form into the New Year as Australia reached 182 for two at tea on the first day of the third Test against a New Zealand side ravaged by illness and missing captain Kane Williamson on Friday.

A Blacks Caps side featuring five changes from the side which lost in Melbourne to cede the three-match series battled gamely but Labuschagne looked well set on 73 not out after scoring his sixth half-century in his last seven innings.

Steve Smith was unbeaten on 42 having taken 39 balls to get off the mark, his determination not to fall to New Zealand quick Neil Wagner for a fifth time in this series apparently overcoming his desire to score runs.

Wagner did take one big wicket when he removed David Warner for 45 three balls after lunch with a delivery down the leg side that the Australian opener steered to gully for Colin de Grandhomme to take a fine catch.

De Grandhomme was responsible for the one wicket to fall in the first session when he had the other opener, Joe Burns, caught in the slips off an outside edge for 18.

The day got off to a chaotic start for New Zealand when Williamson and batsman Henry Nicholls were ruled out of the match by a flu virus just before the toss, while spinner Mitchell Santner was too ill to leave the team hotel.

Tom Latham was named captain in Williamson's place and his first act was to lose a toss the tourists would have been desperate to win after selecting two spinners and dropping paceman Tim Southee.

With Southee's usual strike partner Trent Boult ruled out by injury, New Zealand started a test for the first time in more than a decade without one of the pair or Williamson in the side.

Both teams wore black armbands in memory of those who have lost their lives in the bushfires and before the start of play joined the crowd in a minute of applause for the emergency services fighting the conflagrations.

The skies were clear of the bushfire smoke that has shrouded the city on several occasions over the last few months and has organisers prepared for delays during the match.