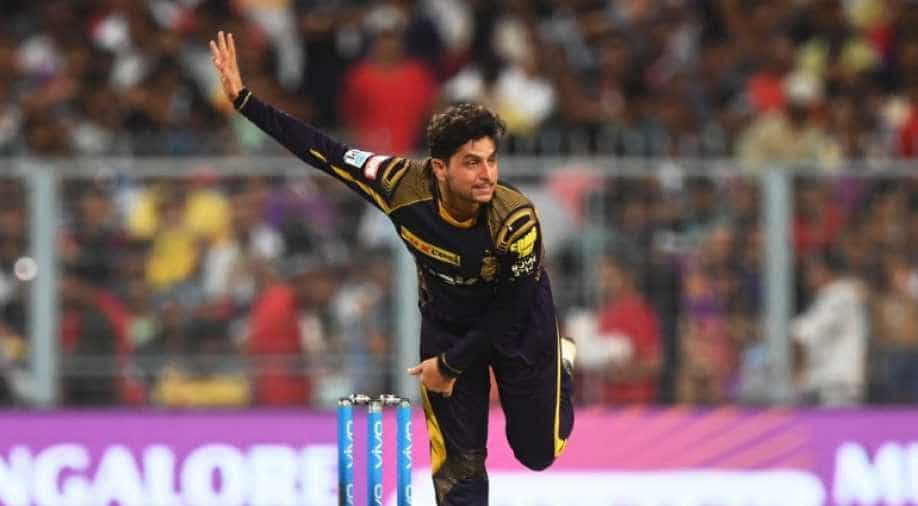 Kuldeep Yadav has been quite possibly the one of most discussed Indian cricketers in the course of recent years. He opens up about his stint with Kolkata Knight Riders, his objectives for the Sri Lanka visit, and significantly more.

Kuldeep Yadav has been quite possibly the one of most discussed Indian cricketers in the course of recent years. The left-arm wrist-spinner burst onto the scene in the U19 World Cup back in 2014 where he got a hat-trick. Despite the fact that he needed to stand by some time to make his worldwide debut, there was no thinking back for the adolescent.

Swindling the resistance batsmen with his inconspicuous varieties, Kuldeep Yadav before long turned into a fan top choice and was one of India's greatest match-victors in white-ball cricket. In any case, the group's mix just as the appearance of new ability has seen the 26-year-old get fewer possibilities than he would have enjoyed.

In a chat with Sportskeeda, Kuldeep Yadav opened up on his stint with Kolkata Knight Riders, his objectives for the Sri Lanka visit, and significantly more.

While it is a well-known fact that it was the incredible Shane Warne who roused Kuldeep to be a wrist-spinner, his excursion from being an Under-19 cricketer to turning into a bowler for India wouldn't have been conceivable without one man – previous India batsman and KKR skipper Gautam Gambhir, whom the chinaman bowler credits for managing and mentoring him massively right since his journey began.

"When you watch international cricket, you see that there's that hunger within Virat Kohli to do well and take the team forward and win. When Gauti bhai played for KKR, even he had the same mindset that the team should win. Then I think KKR were lacking in that regard and wasn't thinking in that way, or maybe they weren't taking this tournament seriously or thinking about their approach if they lost games. These things matter a lot and I think those things were missing," Kuldeep Yadav opined.

Notwithstanding KKR's battles, Kuldeep Yadav played only 14 games and wasn't featured in the playing XI. The 26-year-old is yet to play a solitary game in the IPL 2021 season. He expressed:

"Somewhere it does feel unfair that when you play for India but you still don't get to play franchise cricket. You do feel bad but there is nothing you can do, you can only work hard and ask for reasons. When you do ask for reasons you get some explanation but maybe the kind of backing that I was expecting from KKR I didn't get. The kind of trust Gauti bhai showed in me, maybe I didn't get that in this team."

With the T20 World Cup set to be played not long from now, just as the following version of the competition in Australia one year from now, Kuldeep Yadav has his eyes set on the Sri Lanka visit. He feels if can capitalize on his odds, he may highlight in, at any rate, one of the two show-stopper occasions.

"If I do get a chance on the Sri Lanka tour or in the second half of the IPL then I will be able to make an impact in the T20 World Cup. And there is another World Cup next year Down Under, so it's not that this is my last chance. I might be effective in Australia if I get a chance," Kuldeep Yadav signed off" - he concluded