Cricket- 'It was not an easy decision': Sourav Ganguly on shifting T20 World Cup to UAE 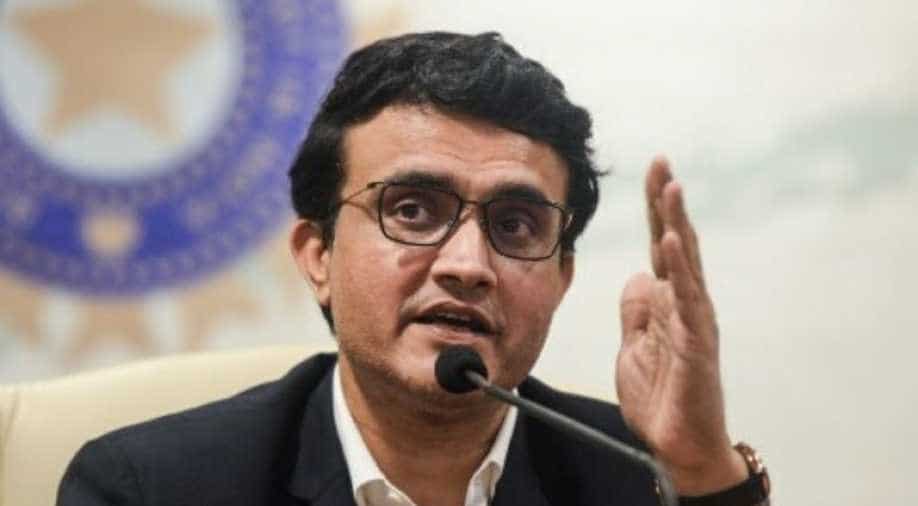 File photo of Sourav Ganguly when he was speaking during a press conference at the BCCI headquarters in Mumbai on October 23, 2019. Photograph:(AFP)
Follow Us

Earlier, the ICC tournament was slated to take place in India, however, the COVID-19 situation has forced the Indian cricket board to relocate the tournament.

The Board of Control for Cricket in India (BCCI) had announced that they will be shifting the ICC T20 World Cup 2021 to the United Arab Emirates. Earlier, the ICC tournament was slated to take place in India, however, the COVID-19 situation has forced the Indian cricket board to relocate the tournament.

Now, the Board of Control for Cricket in India (BCCI) president Sourav Ganguly has written a letter to the members of the Indian cricket board explaining the reason behind the decision.

"We wanted to apprise you that we have discussed this issue with ICC and have had several rounds of discussions internally," Ganguly wrote, as per ANI.

"After much deliberation, it has been decided that safety of players and other stakeholders is of paramount importance and keeping that in mind, it is best that we shift the ICC Men's T20 World Cup to the United Arab Emirates and Oman.

"It was not an easy decision and we mulled over it for months, constantly keeping an eye on the COVID situation all along. However, with the second wave causing such devastation, the decision ultimately boiled down to the safety and well-being of the players and organizers.

"Although, vaccination in the country is going at breakneck speed, there are reports of a third wave and different variants, which we just cannot ignore. There is nothing more that we could have wanted than to host this prestigious tournament in India, but it was not to be," he added.

"On the brighter side, the BCCI remains the host for the ICC Men's T20 World Cup and with its prior experience in hosting IPL in UAE, we can say with certainty that it will be hosted smoothly, and the BCCI will leave no stone unturned to make it an unprecedented success.

"We thank you for your continued support and we hope that you will give your unflinching support on this issue as well, as you have done in the past," Ganguly further said.

Speaking to news agency ANI, BCCI Secretary Jay Shah said, "We will inform the International Cricket Council today that we are shifting T20 World Cup to UAE. Dates will be decided by the ICC."

The T20 World Cup will take place after the remainder of the Indian Premier League (IPL) will be played.

The hosting rights of the T20 World Cup stay with the BCCI. The first round of the T20 World Cup will see 12 matches, containing the eight groups – Netherlands, Namibia, Scotland, Sri Lanka, Bangladesh, Ireland, and Papua New Guinea. Four of them will advance to the Super 12s, where they will join the other eight groups. The counterparts for Round one will not be played at the significant venues.

The T20 World Cup's Super 12-leg will involve 30 matches. This leg of the World Cup is scheduled to begin on October 24. The groups will be parted into two groups, with two from each making it to the semi-finals, trailed by the finals.