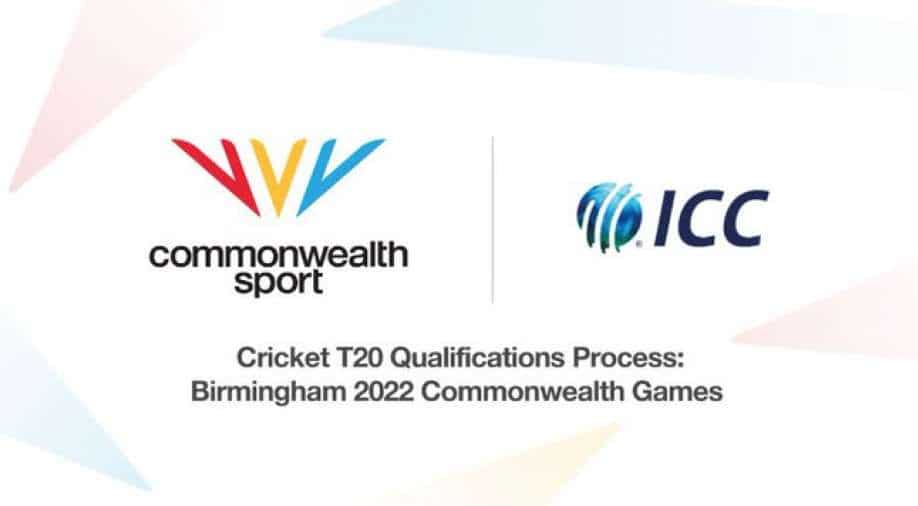 The Commonwealth Games Federation (CGF) and the International Cricket Council (ICC) have announced the qualification process for cricket, which makes a historic appearance at the Birmingham 2022 Commonwealth Games, scheduled from 28 July to 8 August

The Commonwealth Games Federation (CGF) and the International Cricket Council (ICC) have announced the qualification process for cricket, which makes a historic appearance at the Birmingham 2022 Commonwealth Games, scheduled from 28 July to 8 August.

In what is seen as a huge opportunity to turbo-charge the growth of the game, and take it to new fans, women’s cricket will be a part of the Commonwealth Games for the first time ever, and it will only be the second time that cricket will feature in it after a men’s competition was part of the Games in Kuala Lumpur in 1998.

The qualification process announced on Wednesday grants hosts England one spot while six other highest-ranked ICC Members in the CC Women’s T20I Team Rankings as of 1 April 2021 also qualify directly for the eight-team tournament, which will be held in a city that has an iconic cricket venue in Edgbaston.

The remaining place will be allocated to the winner of a Commonwealth Games Qualifier, the format and details of which will be announced in due course. The deadline for the Qualifier is 31 January 2022.

Since athletes from the Caribbean will be representing their countries and not the West Indies (as they are affiliated with the ICC), the winner of a designated qualifying tournament will decide which country gets to compete if the West Indies get a slot.

CGF President Dame Louise Martin and ICC Chief Executive Manu Sawhney emphasized on the potential of cricket in the Commonwealth Games while captains of leading teams said they were thrilled at the prospect of women’s cricket featuring in the Games.

ICC Chief Executive Manu Sawhney: "Cricket at the Commonwealth Games is a fantastic opportunity for us to continue to grow the women’s game globally. We are committed to accelerating this growth and maintaining the momentum we have created over the past few years, which most recently saw 86,174 fans packed into the MCG for the final of the ICC Women’s T20 World Cup 2020.

"I thank the Commonwealth Games Federation for their support and for making this possible. We share with them the vision of greater equality, fairness and opportunity in sport and I am sure Birmingham 2022 will go a long way towards us achieving our common objectives."

"Cricket has always been one of the Commonwealth’s most popular sports and it is so special to have it back at our Games for the first time since the men’s competition at Kuala Lumpur 1998, where true greats of the game including Ricky Ponting, Jacques Kallis and Sachin Tendulkar were on show. Now is the turn of the women and I can’t wait to see the next generation of stars like Heather Knight, Harmanpreet Kaur and Meg Lanning take centre stage.

"Birmingham 2022 will be a fantastic showcase for the women’s game and the unveiling of the qualification criteria today is an exciting and important milestone as we head towards what will be a spectacular competition at the iconic Edgbaston Stadium."

ICC Women’s Cricket Manager Holly Colvin: "We have worked closely with the CGF and ICC Members over the last year to confirm the qualification process. It’s fantastic that we are supporting opportunities for a Caribbean island and Commonwealth countries ranked outside the top seven to have the chance to qualify for this momentous event.

"It is a watershed moment for our sport as women’s cricket takes centre stage for the first time at the Commonwealth Games. It is a huge opportunity to show the skills, strength and talent of these female athletes to sports fans across the Commonwealth and attract a new audience to continue to break boundaries for a bright future.

"It is hugely exciting for cricket to be a central part of the sports programme where more medals are awarded to female athletes. Cricket will be staged in the heart of Birmingham, which is a vibrant, diverse city with a strong passion for cricket. We expect nothing less from the crowd supporting the women’s teams at Edgbaston."

"It’s another fantastic opportunity for the game of cricket, with coverage live on the BBC, and the chance to reach the thousands of fans who like attending multi-discipline events.

"We can’t wait to be in Birmingham amongst all the other athletes, and we’re counting down towards 2022 – it’s going to be a huge year for us and for women’s cricket in general."

Australia captain Meg Lanning: "The women’s game has gone to another level over the past few years and its inclusion at the Commonwealth Games is a huge opportunity to take it further.

"The announcement of the schedule and qualifying process is an exciting milestone and one that will no doubt create plenty of excitement among players across the globe.

"Winning the ICC Women’s T20 World Cup in front of a record crowd at the Melbourne Cricket Ground was absolutely incredible but we’re now looking to the future with some amazing events and challenges on the horizon including the Birmingham 2022 Commonwealth Games."

India captain Harmanpreet Kaur: "The inclusion of cricket at the Commonwealth Games is huge for all players and the game in general.

"Representing your country in a multi-discipline event is a different challenge and with it comes the responsibility of being emissaries of the game since it can get us new followers and fans.

"I hope to be there at the games and wish that it is a great success with some engrossing matches and high quality of cricket."