Cricket: 100 is the best you can be at but he operates at 200: KL Rahul lauds 'captain' Virat Kohli 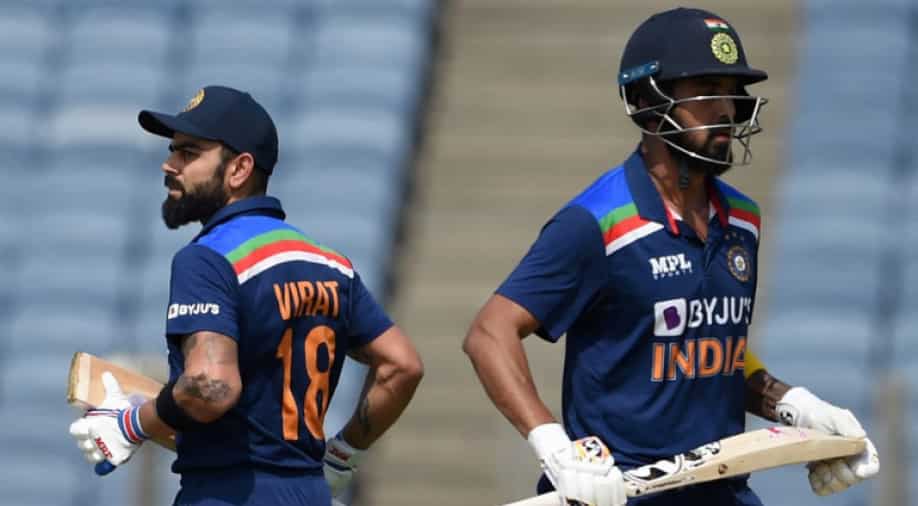 Virat Kohli's captaincy has numerous takers in the group and one of them is KL Rahul. He has been an ally of the current skipper – his batting and captaincy the same – and never avoids giving his opinion.

Captain Virat Kohli may at times be at the eye of the tempest, yet there isn't anything detracting from the way that he is a marvelous skipper. Under him, the Indian cricket team has changed itself as far as fitness and battling a fight.

No target is viewed as large enough to pursue or sufficiently enough to defend, in light of the fact that Virat Kohli has imparted a particularly sure self-faith in this team. In Tests, Virat Kohli is India's most successful captain, having driven the team in 61 matches, out of which he's won 33.

Virat Kohli's captaincy has numerous takers in the group and one of them is KL Rahul. He has been an ally of the current skipper – his batting and captaincy the same – and never avoids giving his opinion. In an interaction with Forbes India, KL Rahul said something regarding Virat Kohli's captaincy, clarifying what recognizes him from the rest. MS Dhoni additionally guaranteed smooth progress in administration as Virat Kohli assumed control over the reins from him. KL Rahul featured that the current Indian captain is altogether different from MS Dhoni and is energetic inside the field.

"Playing with and under Virat Kohli, he is a different sort of captain. He is a very passionate individual. He operates at 200. 100 is the best you possibly can be at, but he operates at 200. He has the unbelievable ability to carry the other 10 guys and pull them from 100 to 200."

Virat Kohli may draw fire from the cricket fans for not winning an ICC trophy yet, however, the 32-year-old possesses all genes of a successful captain. He has driven India in 95 ODIs, winning 65 of them, which demonstrates a success level of 70.43. In T20Is, he has lead Team India multiple times and arose victor on 27 events – a success level of 65.11. Under him, Team India has completed at the highest point of the ICC rankings for five straight years and furthermore accomplished a Test series win in Australia following 71 monotonous years.

The Delhi-conceived has influenced Indian cricket essentially, as a batsman as well as a skipper. Under Virat Kohli, India have proclaimed a remarkable cartel of fast bowlers and have ostensibly the best fast-bowling attack in the world.